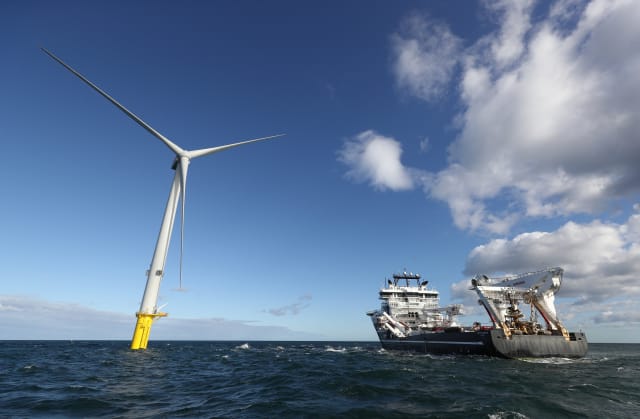 A influential group of MPs has branded the Government's sale of the Green Investment Bank (GIB) as "deeply regrettable", claiming Britain's green objectives have been sacrificed in favour of driving down debt.

The Public Accounts Committee (PAC) said the £2.3 billion deal had not secured the best return for taxpayers and would not protect the GIB's purpose in the coming years, as it outlined a string of failings surrounding the sale to a consortium led by Macquarie Group.

In a damning report, it found that the Department for Business, Energy and Industrial Strategy had not grasped whether the GIB had ever achieved its goal of helping to haul "more investment into the green economy" and "creating an institution that lasts".

It added that the Government's appetite for reducing debt had forced it into a "reactive" sale, leading "a number of compromises" being made to get the deal over the line.

The GIB was launched in 2012 to channel investment into low carbon development and has since been rebranded the Green Investment Group (GIG) by its current owners.

Sir Geoffery Clifton-Brown, deputy chair of the PAC, said the Government had lessons to learn about selling public assets.

He said: "Government set up the Green Investment Bank to grow investment in the green economy and thus help the UK meet its climate change obligations.

"The manner in which it was sold off is therefore deeply regrettable. Government did not carry out a full assessment of the Bank's impact before deciding to sell, nor did it secure adequate assurance over the Bank's future role.

"This was a UK initiative but the rebranded Green Investment Group is not bound to invest in the UK's energy policy at all, nor to invest in the kind of technologies that support its climate objectives.

"The protracted sale process put Government on the back foot; had it been shrewder, it could have secured a better return for taxpayers."

The deal was sealed in April last year, with Macquarie Group, Macquarie European Infrastructure Fund 5 and the Universities Superannuation Scheme seizing control of the GIB.

However, the move has faced a barrage of criticism, with former business secretary Sir Vince Cable calling the deal "environmentally irresponsible".

The PAC has outlined a series of recommendations when selling publicly-owned assets to ensure its original objectives are not put in jeopardy.

Among the proposals, it said the Government should have a robust framework for evaluating an asset's performance and demand a strict set of commitments from a potential buyer that dovetails with an asset's original objective.

"Macquarie told us such commitments did not affect the price it was prepared to pay, indicating the Government could and should have strengthened these commitments contractually.

"We expect the Government to keep us updated on the GIG's future activities in the UK but there are broader lessons here - not least for how Government evaluates public assets and, when relevant, prepares them for sale."

A Government spokesman said: "The UK leads the world in green finance and the Green Investment Bank has led investments of more than £12 billion in the green economy over four years. It has made substantial green investments since its sale and plays a key role in the Government's Green Finance Taskforce, as part of our Clean Growth Strategy.

"The sale of the GIB made £186 million profit for the taxpayer and freed the bank to build on its success by allowing it to operate overseas as well as in the UK."

Mark Dooley, global head of green energy at Macquarie Capital, said: "The Green Investment Bank has been and continues to be a pioneering green investor, admired and replicated across the world.

"We have ambitious growth plans focused on financing the next generation of green energy projects, at home in the UK and in international markets, supporting the global transition to green energy."