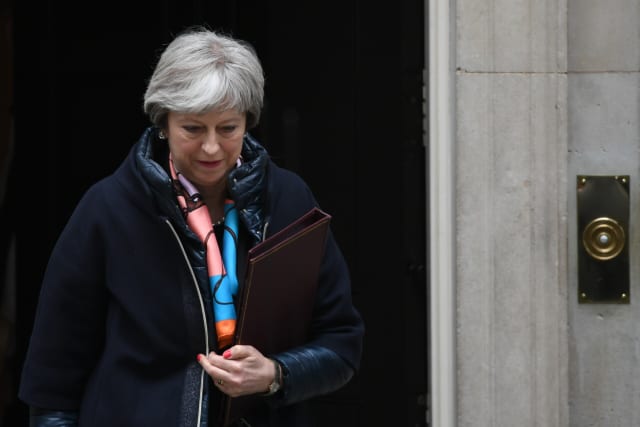 Britain will shell out £37.1 billion to settle its Brexit divorce bill, but the UK's fiscal watchdog predicts payments to the EU will continue until 2064.

The Office for Budget Responsibility (OBR) based its estimates on  a joint report by UK and EU governments covering phase one of the Brexit negotiations, which it said provided "sufficient information" to calculate the cost of a financial settlement.

The settlement is made up of three parts, with the UK expected to shell out £16.4 billion as part of a multi-year framework that will effectively see it paying in to the EU annual budget until 2020.

A further £18.2 billion will be used to cover outstanding payments at the end of that framework agreement, which will be paid off between 2019 and 2028.

The remaining £2.5 billion reflects "pension liabilities less assets returned to the UK", which the OBR said is only likely to be settled by 2064.

"Receipts and payments associated with these other elements of the settlement could extend for many years, although the precise modalities for meeting them have yet to be agreed," the OBR's forecast explained.

Together, it brings Britain's total divorce bill to £37.1 billion - to be paid off over 45 years.

A Treasury spokesman said that under the OBR's forecasts the payments at the end of the period would be "very, very small amounts" relative to current EU transfers.

The agreement reached by Theresa May and the EU in December meant that the UK would "not have to pay anything to the EU earlier than it would have" if it remained a member state.

But there was flexibility if both sides agreed to a settlement to end the payments earlier.

"The December agreement allows us, at some future point, to wrap it all up a bit sooner if we and the EU judge that is in our mutual interest. That is for another day, so it may well be that these payments do not go out that far, the agreement was explicit in allowing us to do that.

"But at the moment we have got an estimate of the period over which the £35 - £39 billion will be paid."

Tax receipts from financial services are unlikely to cushion the blow after the OBR warned the sector would be "disproportionately" hit by Brexit.

Cash corporate tax receipts from the financial sector have been strong over 2017-2018, with stronger annual bank earnings prompting the OBR to raise its near-term taxable profit forecasts for the industry.

However, its long-term projections are not as rosy.

"From 2020-21 onwards, we have maintained our assumption that financial-sector profit growth will be weaker than the whole economy average, given that the sector is likely to be disproportionately affected by the UK's exit from the EU.

"Corporate tax receipts from the sector are expected to peak in 2018-19," the OBR said.

Chancellor Philip Hammond delivered a speech earlier this week that made the case for preferential access for Britain's financial services industry to the EU single market but hopes were dampened after European Council president Donald Tusk said Brussels was aiming for a free trade agreement that would scrap tariffs on goods, but provide limited access for services after Brexit.

Without a deal, businesses are expected to shift EU-focused operations and key staff to rival financial hubs including Dublin, Paris, Frankfurt and Luxembourg, leaving the Government with lower taxable profits to bolster the public balance sheet.

EU lender Deutsche Bank is preparing to settle more of its transactions out of Frankfurt and is likely to move hundreds of staff from London, while HSBC has said it is on course to move up to 1,000 jobs to France, where it already has a full service universal bank after buying up Credit Commercial de France in 2002.

JP Morgan, which currently has 16,000 staff in the UK, will ramp up operations at a number of its EU sites with plans to move up to 1,000 London front and back-office roles.

US peers Goldman Sachs and Morgan Stanley are also looking at spreading staff across a number of European cities after Brexit.