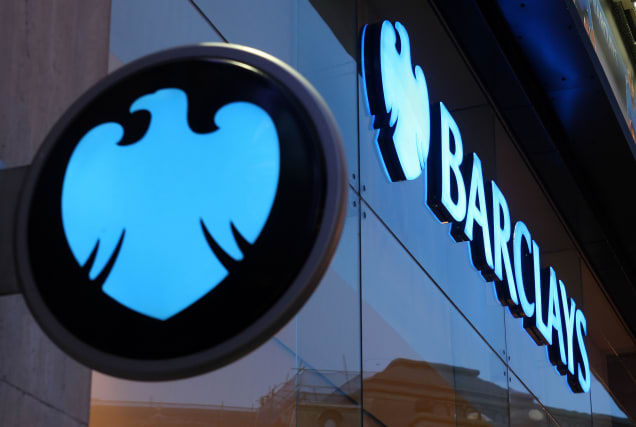 Barclays has paid out more than £20 million in shares to its top bosses just weeks after reporting a bottom line loss of nearly £2 billion for 2017.

The largest portion of shares was doled out as part of deferred payment plans, which includes agreements to buy employees out of the bonus schemes offered by former employers but had to be forfeited when they joined Barclays.

Tim Throsby, who serves as chief executive of Barclays' corporate and investment bank as well as the president of Barclays International, personally received more than £9 million to help cover his own buy-out, having given up a position at JP Morgan where he last held the position of global head of equities until January 2017.

On top of those awards, Barclays said it had granted a further £14 million worth of shares to its bosses as part of a deferred award that will be conditional on  performance targets over the coming years.

The announcement comes just weeks after Barclays confirmed it had swung to a bottom-line loss of nearly £2 billion after a string of hefty charges, including US President Donald Trump's corporate tax changes and a hit from the collapse of Carillion.

It was pushed into the red by £2.5 billion in previously-announced losses from the sale of Barclays Africa Group and a £901 million charge from the US president's January 1 corporate tax changes, as well as a £127 million blow in the fourth quarter from failed outsourcing giant Carillion.

The group's profits, stripping out these charges, were also lower than expected as its investment bank saw earnings dive 22%.

It said "weak market conditions" for its corporate and investment bank saw profits in the division tumble to £2.1 billion last year from £2.7 billion in 2016.

More than 369 employees earned more than £1 million last year, while 11 took home pay deals worth more than £5 million, according to the annual report.

The annual report published alongside Barclays' full-year results also showed that Jes Staley's total pay package fell to £3.9 million in 2017 from £4.2 million in 2016.

His annual bonus was cut to £1.1 million from £1.3 million in 2016, while his salary remained at £2.4 million and the bank said it was keeping his bonus payments "under review" while he was under investigation over an attempt to identify a whistleblower.