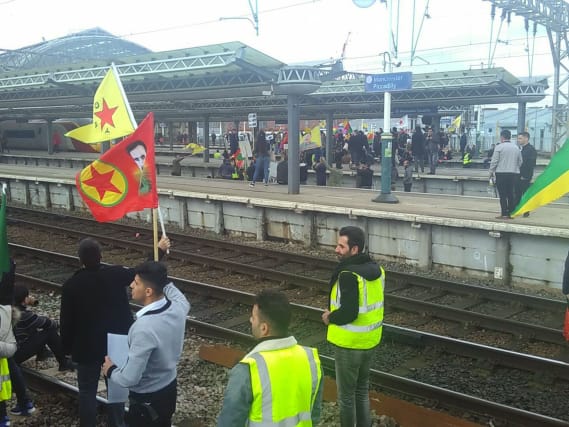 Train services at one of the country's busiest terminals have been ground to a halt by protesters on the track.

A group of activists made their way from the concourse at Manchester Piccadilly onto the tracks at around 1pm on Sunday.

It resulted in services being halted, affecting customers across the country.

The action, which saw scores of flag-waving protesters make it onto the tracks, is thought to be in opposition to Turkey's war with Syrian Kurds.

A spokesman for British Transport Police said: "We were called to Manchester Piccadilly station shortly after 1pm on Sunday March 11 following reports of protesters trespassing on the tracks.

"The station has been closed to trains while officers at the scene work to ensure their safe removal and the reopening of the station."

Turkey launched a solo military offensive against the Syrian Kurdish People's Protection Units or YPG two months ago to clear them from Afrin in north-western Syria - something described as ethnic cleansing by those sympathetic to the Kurds.