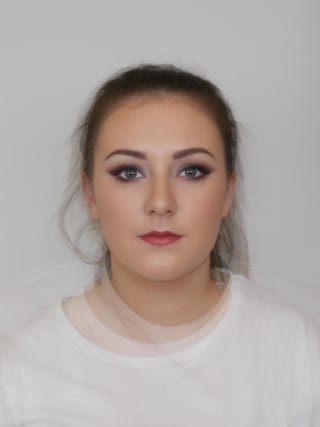 An Abertay University study found both women and men came to the same judgement when comparing images of women wearing make-up compared to those without.

Participants were shown as 16 pairs of images, showing a woman made up for a social night-out and her make-up free, and asked to choose the better leader.

Computer software was used to manipulate the faces and the amount of make-up shown.

Both male and female participants evaluated women more negatively as a leader if the image suggested she was wearing a lot of make-up.

Christopher Watkins, of the university's division of psychology, said: "This research follows previous work in this area which suggests that wearing make-up enhances how dominant a woman looks.

"While the previous findings suggest that we are inclined to show some deference to a woman with a good-looking face, our new research suggests that make-up does not enhance a woman's dominance by benefiting how we evaluate her in a leadership role."

The study was published in the Perception journal.

Tens of thousands of starlings on parade in spectacular murmuration