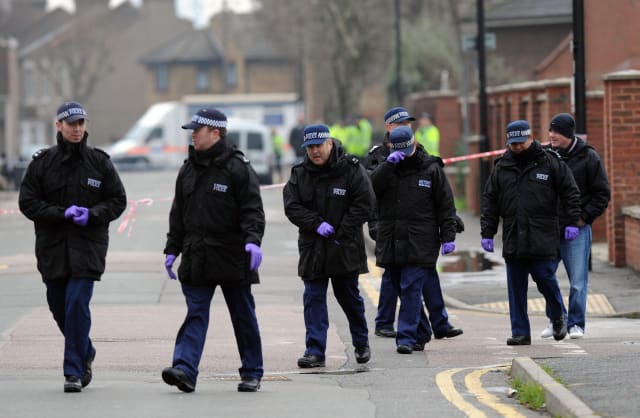 A fugitive who spent nine years on the run has finally been brought to justice for the New Year's Day killing of a teenager.

Henry Bolombi, 17, was returning home on the bus from central London when he was stabbed and beaten to death.

He and his friends had spilled on to the street and scattered when they reached Edmonton, north London, shortly before 6.30am on New Year's Day 2008.

Henry was stabbed outside a shop and then chased through the streets by four men armed with a knife, bottle and broom, the Old Bailey was told.

Having hunted him down, the men continued to attack the teenager as he lay injured on the ground, jurors heard.

Prosecutor Gareth Patterson QC said Andain Martin was the first to reach him and immediately smashed a glass bottle over his head.

He said: "One of the defendant's friends then repeatedly stabbed Henry with a knife, while the others repeatedly hit him with a large wooden broom.

"All this time Henry Bolombi was down on the pavement, lying horizontal and being kicked repeatedly as the attack continued."

Henry suffered 13 stab wounds and died in hospital the next day.

Two of Martin's companions fled with him to Jamaica but were extradited to face trial and were convicted of murder.

In 2013, Onique Nembhard and Jamar Graham were jailed for life with a minimum term of 19 years.

Martin, 30, aka Shocker, who was born in Jamaica, was eventually tracked down in the United States.

He was sent back to Britain last year to stand trial for murdering Henry.

Giving evidence, Martin admitted violent disorder but denied knowing any of his friends had a knife or meaning to do Henry serious harm.

A jury cleared him of murder but convicted him of manslaughter.

He will be sentenced on April 6

Jurors were told a fourth suspect in the killing has not been identified.