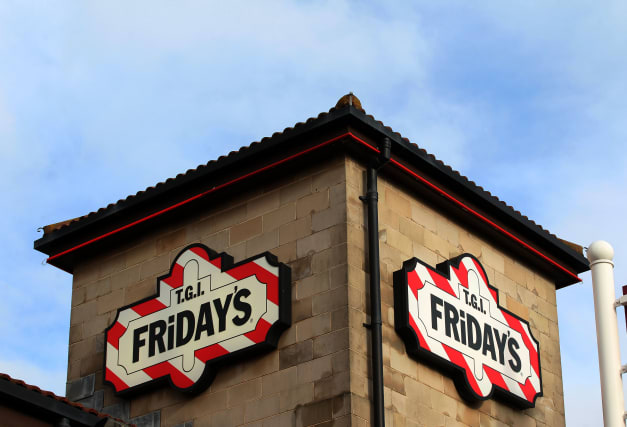 High street chains Wagamama and TGI Friday's, along with hotels giant Marriott, have topped a list of firms "named and shamed" by the Government for failing to pay workers the national minimum wage.

Marriott failed to pay £71,723 to 279 workers, according to figures released by the Business Department.

A total of £1.1 million in back pay was identified for 9,200 workers, with retail, hairdressing and hospitality businesses the most prolific offenders.

The Government also fined the employers a total of £1.3 million in penalties.

Failing to pay workers for travelling between jobs, not paying overtime, and deducting money for uniforms were some of the reasons for the underpayments.

The seven staff left out of pocket at Stoke City will be particularly galled, given the club's billionaire owner Denise Coates paid herself more than £200 million in 2016 through her ownership of Bet365.

Business minister Andrew Griffiths said: "There are no excuses for shortchanging workers.

"This is an absolute red line for this Government and employers who cross it will get caught - not only are they forced to pay back every penny but they are also fined up to 200% of wages owed.

"Today's naming round serves as a sharp reminder to employers to get their house in order ahead of minimum wage rate rises on April 1."

"This is a historic payment which was paid last year, and we have since reimbursed team members for the purchase of their black uniform shoes."

A Stoke City spokesman said: "Once this matter was brought to our attention we moved swiftly to repay the money to the members of staff concerned.

"The issue arose from our now historical practice of allowing staff to pay for tickets and retail merchandise voluntarily purchased from the club via deduction from their monthly salaries, for which the employees gave written permission for deductions to be made.

"Employees are now no longer permitted to purchase match or club lottery tickets or items from the club shop via such a wage deduction scheme.

"As a result, the reported breach will not recur and the club is confident that we are now fully compliant with all current regulations."

TUC general secretary Frances O'Grady said: "It's shocking to see so many household names on this list.

"The minimum wage has been around for nearly 20 years - there's no excuse for not paying it.

"Employers who cheat their staff out of the minimum wage deserve to be named and shamed. And they will rightly face hefty financial penalties.

"Minimum wage dodgers must have nowhere to hide."

A spokesman for Marriott said the company "is committed to compliance with the national minimum wage", adding: "When an error was identified by a routine HMRC audit in 2015, we cooperated fully with HMRC and promptly reimbursed all those affected.

"We apologise to all our associates impacted by this error and have taken steps to ensure it cannot happen again."

Wagamama responded by saying that it has always paid minimum wage and makes sure that staff receive 100% of their tips.

"This was an inadvertent misunderstanding of how the minimum wage regulations apply to uniforms and as soon as we were made aware of this in 2016 we acted immediately to correct the position," it said.

"In the past we didn't realise that asking our front of house staff to wear casual black jeans or skirts, with their Wagamama branded top, was considered as asking them to buy a form of uniform and so we should have paid them for it. Lots of other businesses were also unaware of this regulation around casual wear.

"We have gladly made payments to current and previous employees who missed out dating back from 2016 to 2013. We have also updated our uniform policy and we now pay a uniform supplement to cover the black jeans."