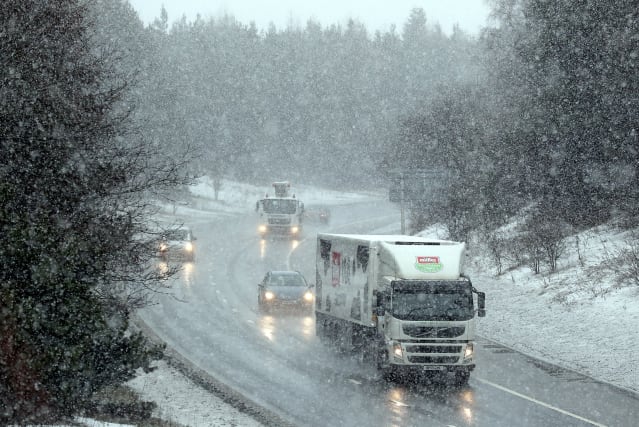 The big freeze has left car insurers with an estimated total bill of £35 million, according to the AA.

The AA said in recent days it has attended more than 108,000 drivers who needed roadside assistance, including to dig them out of snowdrifts during the freezing temperatures.

David Brambell, director of AA roadside operations, said: "It was a very difficult week for drivers so we have had as many patrols as possible out on the roads helping to keep everyone going, despite the snow."

He said: "For many drivers these conditions were absolutely unprecedented."

Michael Lloyd, the AA's insurance director said given the slow speed that most people were driving at, the nature of collisions was generally relatively minor.

Many happened after people lost control on bends, slopes and at junctions, with cars skidding into objects such as bollards, walls and lampposts also a common occurrence. Several cars ended up in hedges, ditches or fields.

Mr Lloyd said: "For those who did have to drive, it was more like fairground dodgems with the chances of being involved in a collision much greater than on a normal day."

Regionally, most calls for cars stuck in snow - as well as insurance claims - came from the south-east of England and East Anglia, the AA said.

For cars stuck in snow the South West followed, then the Midlands and the North East.

After the South East, the most collision claims came from the Midlands, then the North East.

Despite very heavy snow across the central belt of Scotland, the AA said the fewest calls for help and insurance claims came from north of the border - it suggested this is possibly because drivers there are more used to snow and are better able to deal with the conditions.