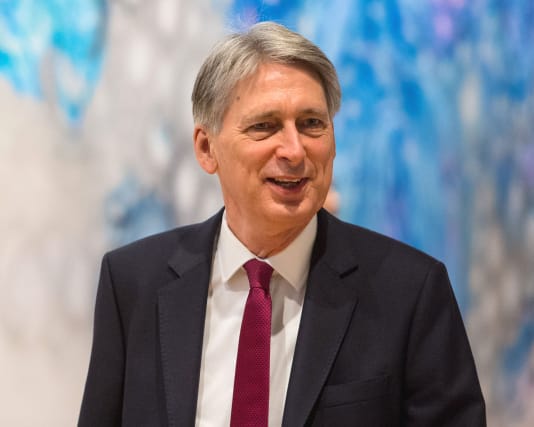 Philip Hammond will tell European leaders that including Britain's lucrative financial services sector in a Brexit deal is in the "mutual interest" of the UK and the EU.

In a keynote speech in London on Wednesday, the Chancellor will reject the arguments of "sceptics" who claim there has never been a free trade agreement which includes financial services.

He will say the "deeply interconnected" nature of the EU and UK economies means businesses and individuals have come to depend on cross-border financial services in their day-to-day lives.

His appeal comes as French economy minister Bruno Le Maire became the latest senior EU figure to reject the idea that financial services could be part of a final Brexit deal, saying the best the UK could hope for was an "equivalence regime".

Mr Hammond's address will build on Theresa May's Mansion House speech on Friday, in which she accepted so-called "passporting" rights for banks could not continue after Brexit as Britain was leaving the single market.

Instead, she argued for an agreement that allows Britain and the EU to access each other's financial markets based on a commitment to maintaining the same "regulatory outcomes".

In his speech, the Chancellor will point out that the EU had previously sought "ambitious financial services co-operation" in trade negotiations with Canada and the United States.

Mr Hammond will say: "Our markets are already deeply interconnected and we have demonstrated how we can work together over the past decade as we have repaired and defended the financial stability of our continent.

"So I am clear not only that it is possible to include financial services within a trade deal but that it is very much in our mutual interest to do so."

He will seek to highlight the way cross-border financial services have become woven into the fabric of daily life.

"A trade deal between the UK and the EU must start from the reality of today - that our economies, including in financial services, are interconnected; that our regulatory frameworks are identical; and that our businesses and citizens depend on cross-border financial services trade in their day-to-day lives," he will say.

However, during a visit to London on Tuesday, Mr Le Maire said the particular circumstances of the financial services industry meant it could not be covered within the scope of a free trade agreement.

The "best solution", he said, would be for a system of "equivalence", where both sides recognised each other's standards.

"We need a good deal. But once again we have to avoid any misunderstanding between the British people and the French people, between the UK and the EU," he told BBC Radio 4's Today programme.

"Financial services cannot be in a free trade agreement, for many reasons, for reasons of stability, for the sake of supervision because there are some very specific rules for financial services.

"So financial services cannot be in a free trade agreement, but we have an alternative system which is called the equivalence regime."