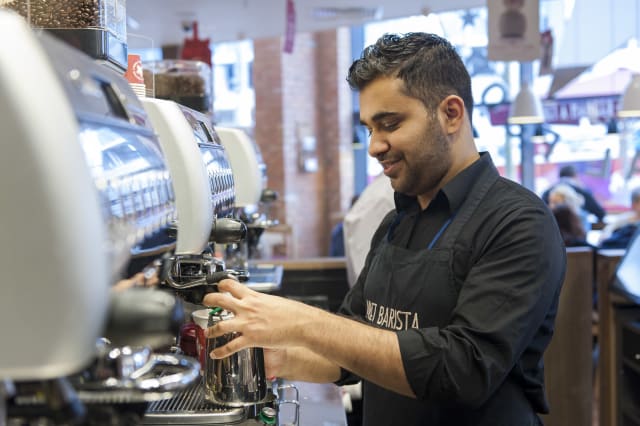 Britain's economic growth will struggle to pick up pace in the first quarter of 2018 despite services sector output unexpectedly reaching a four-month high in February.

The closely watched IHS Markit/CIPS UK Services purchasing managers' index (PMI) hit 54.5 last month, up from 53.0 in January and above economists' expectations of 53.2.

Despite a brighter performance from services, economists expect the UK economy to grow by 0.4% for the first three months of this year, in line with the final quarter of 2017.

The powerhouse services sector, which accounts for around 80% of UK economic growth, was bolstered by easing cost pressures and the fastest jump in new work since May last year.

The update comes after the manufacturing industry drifted to an eight-month low in February, while construction sector unexpectedly rebounded but remained under pressure from weak confidence and political uncertainty.

He said: "The service sector overtook manufacturing as the fastest growing part of the economy for only the second time since the referendum in February, thanks to the combination of the largest rise in services activity for four months and waning growth of factory output.

"With the construction sector also pulling out of the stagnation seen in January, the economy as a whole picked up some momentum again in February, despite the slowing in manufacturing.

"The PMI surveys so far collectively point to the economy growing by nearly 0.4% in the first quarter to indicate that a resiliently steady pace of expansion has been maintained."