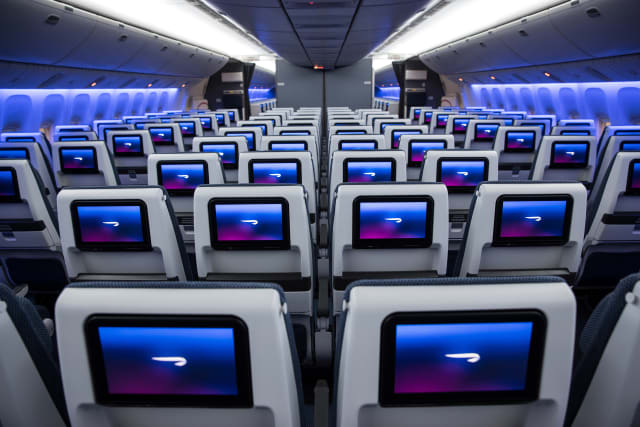 British Airways has released images of what its Boeing 777 aircraft will look like with an extra seat squeezed into each row.

The reconfigured fleet serving London Gatwick will be 10 seats abreast in economy class - World Traveller - compared with the existing set up of just nine.

BA bosses have previously said the new layout will help it reduce the average cost per seat and enable it to keep fares down.

Routes served by the aircraft include Punta Cana in the Dominican Republic, Cancun in Mexico and Kingston in Jamaica.

All 10 of BA's Boeing 777s at Gatwick will undergo the revamp. Six will be completed by this winter and the final four by summer 2019.

BA says the seats in the cabin are more comfortable with an improved six-way headrest to "suit customers of all heights," entertainment screens which are 50% bigger, USB charging sockets and lighting which reflects the time of day to help "lull travellers to sleep at night and wake them in the morning" in a bid to reduce jet lag.