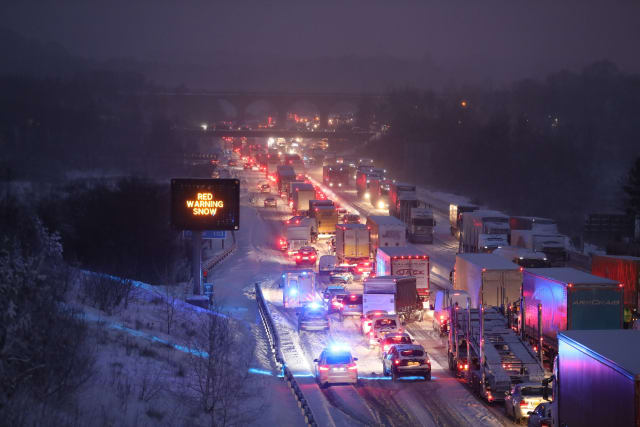 Research is being carried out on "heated concrete" that could reduce the recent problems caused by snow and ice on Scotland's roads.

The benefits of geothermic piles, which are used to heat and power large buildings through plumbed underground pipes, is being studied by scientists at the University of Dundee.

A similar scheme is said to be used in Holland and the US to heat bridge surfaces and pavements, and Transport Scotland is supporting the university team in examining the technology required and its economic benefits.

Transport Scotland said it could also help stabilise roadside slopes and reduce the risk of landslips.

Hundreds of motorists were stuck overnight on the M80 between Glasgow and Stirling last week as jack-knifed lorries and heavy snow combined to block the road.

Motorists reported being stuck for more than 17 hours with some spending the night in their cars and others abandoning their vehicles on the motorway.

A Transport Scotland spokeswoman said: "We are currently supporting research by the University of Dundee into the potential application of geothermal piles to help stabilise slopes near roads that would reduce the risk of landslips and consequential road closures, and also the transfer of heat to carriageways that would help mitigate the impact of snow and ice on the road surface.

"Work is in its early stages but will identify the technology requirements, the economic benefits, and any limitations."