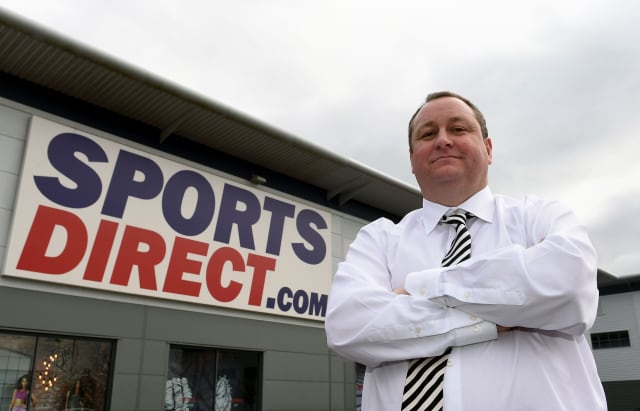 Mike Ashley's Sports Direct has again upped its stake in struggling department store chain Debenhams, bringing it close to a level at which it must launch a takeover bid.

A stock exchange announcement on Friday showed that Sports Direct has raised its interest in Debenhams from 23% to 29.7%, the latest in a series of increases.

According to UK takeover rules, a shareholder holding shares worth 30% or more of another company's stock must launch a formal takeover bid.

Mr Ashley's intentions in boosting his firm's holding have been the subject of speculation over the past year, but it remains to be seen if the billionaire will attempt a full-blown takeover.

Debenhams, which issued a profit warning in January following poor Christmas trading, has a market value of around £350 million.

Liam Rowley, head of strategic investments at Sports Direct, did not refer to the possibility of a bid for Debenhams, but said: "We see huge value for both companies in a strategic partnership between Debenhams and Sports Direct.

"There are obvious synergies that can be achieved through the integration of our respective web operations. We also see opportunities to work together internationally.

"Importantly, there is scope for greater collaboration in the UK in order to roll out an elevated offering to consumers. We believe Sports Direct can complement Debenhams very well across the spectrum."

Shares in Debenhams rose nearly 4% following the announcement to 28.9p.

The retailer began building its stake in Debenhams in 2014 and has made a series of raids on its shares since.

Sports Direct has built its position through a combination of share options and contracts for differences.

Newcastle United owner Mr Ashley has a history of building up positions in rival retailers, having previously bought stakes in JD Sports and privately-owned House of Fraser.