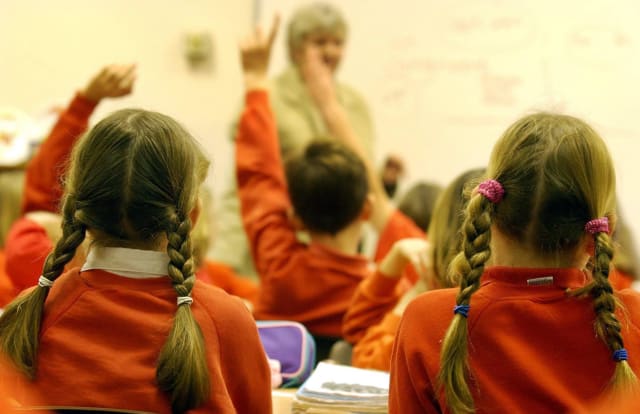 Families across England are finding out which secondary school their child will be attending, but there are signs that in some parts of the country, many are missing out on their top choice.

A survey by the Press Association indicates that a youngster's chances of winning a place at their first preference vary depending on where they live.

In some areas virtually all are getting their top preference, while in others, such as London, up to a third are missing out.

More than half a million 11-year-olds are finding out which secondary school they will be attending from this autumn, on what is commonly known as National Offer Day.

Secondaries have been seeing an increase in numbers prompted by a spike in the birth rate in the early 2000s, that is now making its way through the school system.

The Press Association's survey, sent to councils across the country, excluding London, suggests that many authorities are beginning to feel a squeeze, with figures from 22 of the 33 councils that responded by early afternoon showing an increase in applications.

Just five have seen a drop, while there were no comparisons available for the others.

The early data also shows that of these councils, 10 have seen a fall in the proportion of children getting their first preference, while in four areas the proportion is the same, and in 12 the percentage has risen. There was no comparable data for the others.

Some authorities gave data for pupils living in the area, and others total figures for all applications to their schools.

Across the capital's 33 boroughs, which are seeing a rise in pupil numbers, 66% of pupils got a place at their first preference school, according to data published by the Pan London Admissions Board.

This means that 33%, a third, did not get their most favoured school.

Figures for Liverpool show that 71% of pupils got their top pick of secondary school, the same proportion as last year.

At the other end of the spectrum, the survey indicates that in East Riding, around 97% of pupils got their first choice, along with 96% in both Barnsley and Hartlepool.

Peter John, deputy chair of London Councils, said: "The number of pupils starting secondary school in London is growing, and with 94% of the capital's schools rated good or outstanding by Ofsted, it is no surprise that parents are keen to send their children to school in London.

"London boroughs are working with their local schools to respond to this increased demand so that all pupils have access to a high quality education.

"Despite a 4.4% increase in applications compared to last year, equivalent to 3,908 additional applications, boroughs have successfully offered 93% of children a place at one of their preferred schools."

Ahead of National Offer Day, Malcolm Trobe, deputy general secretary of the Association of School and College Leaders (ASCL), told the Press Association that providing enough places was a complex issue, and that in areas where there were not enough places it was a "mathematical certainty" that families would miss out on their top choice.

"Unless there's the provision of sufficient supply to meet the additional demand then people are going to get less first choices. That's a mathematical certainty."

The Department for Education said that 735,000 places had been created across secondary and primary schools since 2010.

Analysis of further figures for 10 authorities indicates that five have seen a drop in the proportion of first preferences, while three have seen no change and two have seen an increase.

In addition, eight of the 10 have seen an increase in applications, while there are no comparable figures for the other two councils.