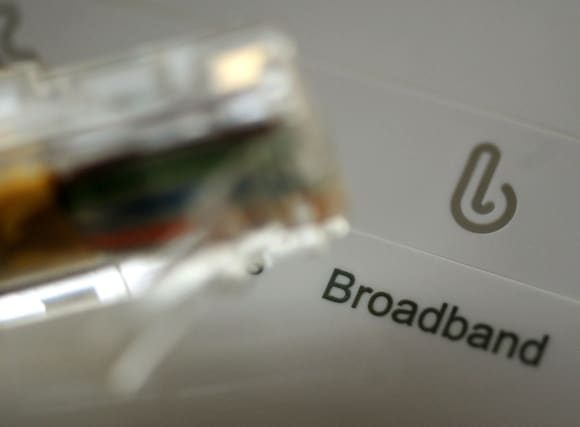 Broadband providers will have to let customers walk away penalty-free if they take longer than a month to meet their promised speeds, under new protections announced by the regulator.

In future providers will always have to give a minimum guaranteed speed to a potential customer at the point of sale, Ofcom said.

If the speed drops below the promised level, broadband firms will have one month to improve performance before they must let the customer walk away penalty-free.

Currently, providers have an unlimited amount of time to resolve the problem before customers can leave their contract if speeds fall below a minimum guaranteed level.

The right to exit a contract penalty-free will also apply for the first time to landline and TV packages bought together with broadband, meaning customers will not be locked in to a TV contract if their broadband service falls short.

As an extra protection, providers will have to give more realistic peak-time speed information at the point of sale which reflects the fact that broadband is typically not as fast during busy periods between 8pm and 10pm or 12pm to 2pm for businesses.

Providers have a maximum of 12 months to make the changes before the new requirements come into force for contracts signed from March 1 next year.

Ofcom consumer group director Lindsey Fussell said: "These protections will close the gap between the broadband speeds people are sold, and what they actually receive.

"And to give people extra confidence, we are making it easier to walk away - without penalty - if companies fail to deliver."

Alex Neill, Which? managing director of home products and services, said: "Consumers have told us that they feel confused about the broadband speeds they are likely to get and the service they pay for, so further steps to help inform customers and empower them to walk away without facing a penalty are welcome.

"Providers signed up to the code need to move quickly to implement these changes, so that broadband customers are given a realistic expectation of the speed they should experience before they commit to a contract."

Richard Neudegg, head of regulation at uSwitch.com, said: "These changes, due to come in from March next year, are welcome news for consumers who feel stranded on broadband speeds that don't live up to their provider's set minimum.

"The hope is that this will light a fire under providers to be more proactive in sorting out problems.

"But we shouldn't pretend this will by itself sort out the broadband reliability frustrations many of us experience.

"Despite superfast broadband now being available to 95% of the country, only 57% of customers believe they can actually access it. More needs to be done to help households move to a better service."

Under new advertising rules from May 23, home broadband providers must ensure that at least 50% of their customers can achieve advertised speeds at peak time under a crackdown to prevent misleading claims.

The Committees of Advertising Practice (CAP) is toughening up the standards following research which found they are currently likely to mislead consumers.