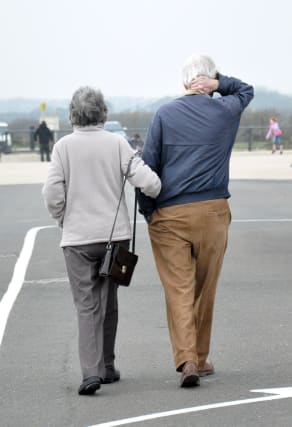 The parents of a sperm donor can spend time with the child he helped to create, the Court of Appeal has ruled.

The man was a friend of two women who became civil partners in 2010 and had two sons by artificial insemination, with the man being the donor in the case of their five-year-old.

It was common ground that the women alone would be the boy's parents and the man's involvement was never explicitly agreed.

His account was that the child was to know he was the father and he would see him regularly, but the women's understanding was that he would see the child on the same basis as he saw the children of other friends.

For three years, the man saw the boy weekly or fortnightly by agreement and his parents met the women, attending family events together eight or nine times.

As time went on, and particularly after the women separated in 2013, they began to find the man's requests to spend time with the boy "burdensome and troubling".

At the end of 2015, they began to impose boundaries and for 18 months there was no contact. When it resumed in May 2017, the man's parents were not included.

The man had applied for an order allowing him to see the boy and, in June 2017, a judge said he could see him seven times a year for two hours at a time in the presence of the women and other adults and children of their choosing.

She added that the man's parents should be able to join in on two occasions per year and be able to send birthday and Christmas cards.

Lord Justice Peter Jackson said that, in strongly opposing them attending, the women made no criticism of the man's parents - but considered the obligation imposed by the court to be an unwarranted interference with their freedom to parent the boy as they thought best.

Dismissing the women's appeal, he said the order made by the judge was one that she was plainly entitled to make on the evidence before her.

He expressed the hope that as time passed, the emotions surrounding the proceedings would subside.

"Whatever the state of the relationship between the adults, they once cooperated to create (the boy), a much-loved child.

"They now owe it to him to try to recapture something of that spirit.

"The outcome of the case has been that the parents have been firmly acknowledged to be his only parents and the role of (the man) and his parents has been defined in a very specific and limited way."

Both sides had unselfishly made compromises and they must now make the order work for the child's benefit.

None of those involved in the case can be identified.