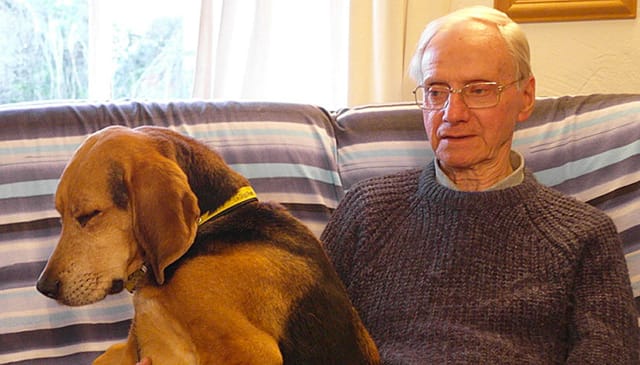 A former soldier who had a grudge against dog-walkers has been convicted of murdering a pensioner he had never met.

Alexander Palmer attacked 83-year-old Peter Wrighton from behind with a knife before dragging his body under brambles on August 5 last year.

Mr Wrighton had been walking his two dogs, a mongrel called Gemma and a Scarteen Harrier named Dylan, in woodland known as The Heath near East Harling, Norfolk.

The 24-year-old showed no emotion as the unanimous verdict was reached.

Police were initially unaware of Palmer until a psychologist who treated him at RAF Marham read press reports and said she thought he could be someone worth speaking to.

While serving in the army, he had been injured in an assault in which he was the victim and that seemed to trigger problems which required mental health professionals.

Mr Justice Goose adjourned sentencing until Friday and said: "The widow of the deceased followed proceedings yesterday and may wish to witness the sentence tomorrow. She should be given this opportunity.

"It is inevitable the defendant will receive a sentence of life imprisonment. It will be up to me as to the minimum term he will have to serve."

Palmer, wearing a black suit, mouthed the words "I love you" to his family as the judge sent him down to the cells.