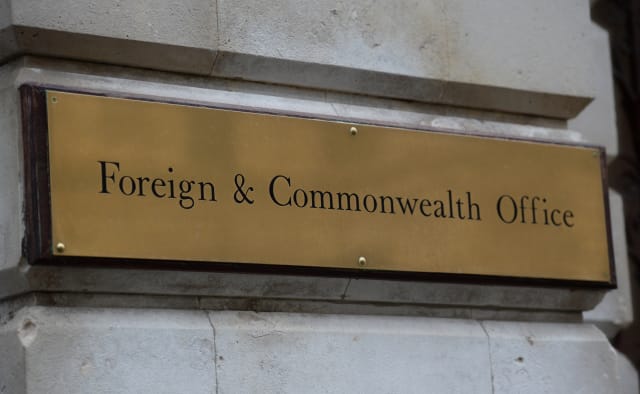 The family of a woman who fell from a 10th-floor balcony in Spain say they have felt "lost, confused and abandoned" since her death.

MPs heard newly-married Kirsty Maxwell, 27, died in April 2017 in Benidorm, with her family still struggling to secure details due to failings by the Spanish police.

The SNP's Hannah Bardell said constituent Ms Maxwell entered a room occupied by a group of English men who were "high on drugs and alcohol", adding the circumstances which followed may have been fuelled by this and a case of mistaken identity.

The Livingston MP raised the difficulties experienced by Ms Maxwell's loved ones as she called for better support from the Foreign Office following the deaths abroad of British nationals in suspicious circumstances.

Ms Bardell also highlighted the case of 38-year-old Julie Pearson, who was found dead in Israel in November 2015 - with concerns raised about the investigation and circumstances of her death.

The Government say almost 4,000 Brits died abroad last year, with around 74 of those cases being deemed murder or manslaughter.

Speaking in the Commons, Ms Bardell said Ms Maxwell's parents Brian and Denise - along with husband Adam - had provided a few words about what they had encountered.

The Commons heard they said: "Mentally, emotionally and physically this has been extremely tough and still with no real end in sight.

"When Kirsty was brutally taken from us, they took a part of us all - something we will never regain.

"Kirsty was visiting an EU country as a British citizen. She lived by the rules set out in today's society, she worked every day, paid her taxes and never called on the system for any assistance.

"We now plead for that assistance, plead for justice to be sought, plead for her country not to desert her and her family in their hour of need.

"She needs this help more than ever, needs more than lip-service to be done, needs more support for Scottish and UK families who lose a loved one abroad in suspicious circumstances.

"The past 10 months as a family we've felt lost, confused and abandoned.

"Lost at the lack of direction and compassion we were shown by the authorities; confused by the revolving door of dysfunctional protocol and procedures which are not in place, displaced and misunderstood; and abandoned by a legal system not understood, not relevant and not fit for purpose of protecting victims of suspicious deaths and murders abroad.

"This and trying to grieve while fighting a case through the Spanish courts with no assistance financially, legally or morally from either the UK or Spain."

MPs heard there are hopes a cross-party group of MPs can help develop a procedure to ensure constituents receive support and can pursue justice in such cases of suspicious deaths.

Ms Bardell added: "What can we say to those families, our constituents, other than we need to resolve right here, right now, that we cannot and will not let any more families down."

Replying for the Government, Foreign Office Minister Harriett Baldwin offered her sympathies to those who had lost loved ones abroad and said that a network of 772 consular staff were always on hand to offer support.

She said: "The death of a loved one is devastating wherever it happens but particularity when it happens in another country and where suspicious circumstances are apparent.

"We know that families are often desperate to find answers, in these cases and indeed whenever a British national dies overseas the consular staff support those bereaved families with what I believe is compassion, dedication and tenacity."

However she added, to the frustration of several MPs, that the UK could not "interfere in local process" when there had been a death.

She said: "We do emphasise that we can't interfere in local process and we would not want to see that kind of interference in our own."