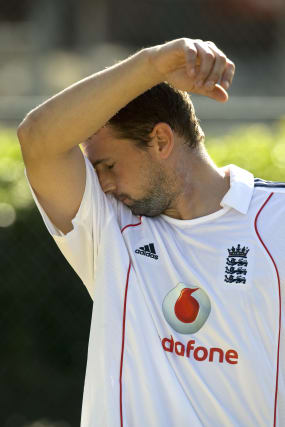 People drawn to authoritarian leaders are more likely to wrinkle their noses at unpleasant body smells, a study has found.

The more democratically minded appear to be less bothered by a bit of armpit pong.

US president Donald Trump's supporters fall into the first category, according to the Swedish researchers.

The findings are linked to a deep-seated instinct to avoid infectious diseases, which are associated with nasty niffs, the psychologists believe.

Lead author Dr Jonas Olofsson, from the University of Stockholm, said: "There was a solid connection between how strongly someone was disgusted by smells and their desire to have a dictator-like leader who can suppress radical protest movements and ensure that different groups 'stay in their places'.

"That type of society reduces contact among different groups and, at least in theory, decreases the chance of becoming ill."

"Disgust" is a recognised basic emotion that evolved for survival. Fundamentally it offers protection against things that are potentially infectious and harmful, such as rotten meat, vomit and excrement.

Dr Oloffson's team theorised that there may a link between feelings of disgust and how a person wants society to be organised.

To test the idea, the  researchers developed a scale that allowed study participants to rate their levels of disgust when exposed to body odours such as sweat or urine.

Online surveys were then conducted in different countries and the US alone in which people answered questions about their political views and disclosed their disgust sensitivity.

Another part of the study involving 391 participants focused on the 2016 presidential election in the US.

"It showed that people who were more disgusted by smells were also more likely to vote for Donald Trump than those who were less sensitive," said Dr Olofsson.

"We thought that was interesting because Donald Trump talks frequently about how different people disgust him .. it fits with our hypothesis that his supporters would be more easily disgusted themselves."

The findings are published in the journal Royal Society Open Science.