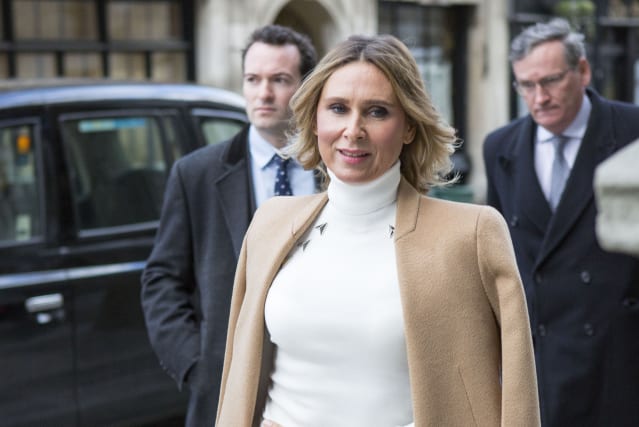 A Russian housewife awarded £453 million by a London divorce court judge after her marriage to a Russian billionaire businessman ended has won the latest round of a legal battle.

Tatiana Akhmedova was given a 41.5% share of Farkhad Akhmedov's £1 billion-plus fortune by Mr Justice Haddon-Cave following a hearing in the Family Division of the High Court

News of Ms Akhmedova's payout emerged during the summer of 2017 when Mr Justice Haddon-Cave revealed detail in a written ruling, published on a legal website.

The award is thought to be the biggest made by a divorce court judge in England.

Anthony Kerman, who had represented Mr Akhmedov at an early stage of proceedings, complained that he had been unfairly summonsed at short notice to give evidence to Mr Justice Haddon-Cave.

Ms Akhmedova said Mr Kerman's complaint should be dismissed and on Tuesday appeal judges, who had considered the case at a Court of Appeal hearing in London a  few weeks ago, ruled in her favour.

A spokesman for Mr Kerman said after the ruling: "Mr Kerman is inevitably disappointed with the decision and is concerned about the impact this will have on clients and their lawyers."

The spokesman added: "An appeal is being considered."

Lawyers representing Ms Akhmedova had told appeal judges that Mr Akhmedov had yet to hand over "a penny" of the money he had been told to pay.

Mr Akhmedov said after the appeal court ruling that he could not get justice in Britain.

He said he married Tatiana Akhmedova in Russia and the marriage was dissolved in Russia and he said British courts should not "interfere".

"I am neither surprised nor disappointed by this ruling, even though I had hoped that the higher court might have shown some impartiality," said Mr Akhmedov in a statement.

"Instead, its decision proves again that there is no justice for me in British courts.

"That is why I withdrew from the original divorce proceedings.

"The British courts should never have sought to interfere in a former marriage which took place in Russia, between two Russian citizens and which had long been dissolved in that country with generous provision for my ex-wife."

Mr Akhmedov added: "I shall continue to defend all my rights in other jurisdictions, as will those responsible for the trust holding my family's wealth.

"I believe other courts will act in a more reasonable and less partial manner than the British courts have done."