Harpist jailed for sexual abuse of schoolboy during 1980s 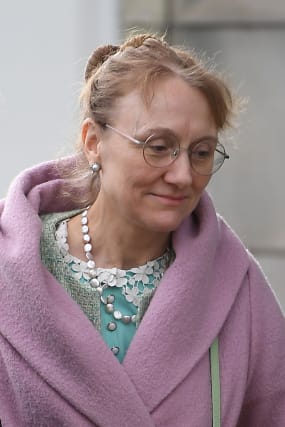 A world-renowned harpist who has performed for the Queen and several prime ministers has been jailed after she was convicted of sexually abusing a schoolboy in the 1980s.

Danielle Perrett, 59, was sentenced alongside her ex-fiance Richard Barton-Wood, 68, for separately indecently assaulting the boy while he was in his early teens.

They had both denied all charges but were convicted following an earlier four-week trial at Ipswich Crown Court.

Perrett, of Bridge Street, Alpheton, Suffolk, was found guilty of six counts of indecent assault and sentenced to four years and nine months in prison.

He was also sentenced to four years and nine months.

Judge Rupert Overbury, sentencing, told the defendants they had been regarded as "pillars" in their communities before the jury's guilty verdicts, "one of you a teacher and dedicated employee of the museums service who gave time to his community; the other a world-famous harpist with a reputation for kindness and integrity".

He continued: "Both of you had a darker side of your character. A side that manifested itself in the systematic abuse of a teenage boy."

Their accuser, now an adult, had told jurors that Barton-Wood had worked as a substitute teacher at his school.

He said Barton-Wood sexually assaulted him on sailing trips and camping trips, and that on separate occasions Perrett took his virginity and performed sex acts on him.

The pair had said the allegations were untrue, the incidents did not happen and that their accuser was trying to blackmail them.