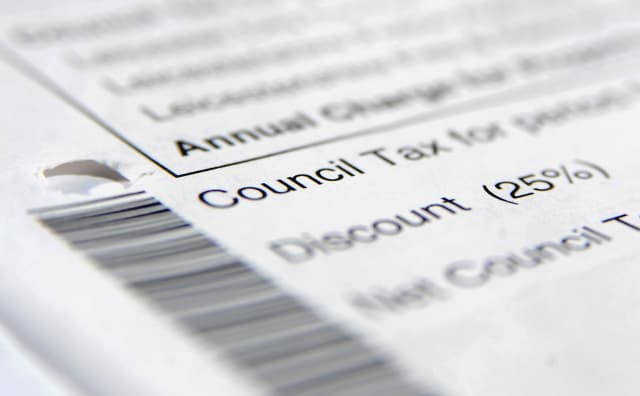 The total amount of council tax paid in England is set to rise by more than £1 billion next year as town halls take advantage of new freedoms to increase bills by as much as 5.99%, according to research.

But the Local Government Association warned that the hikes will fail to offset cuts of £1.4 billion in funding from central government and additional expenses from the national living wage.

Communities Secretary Sajid Javid announced in December a 1% increase to 2.99% in the maximum council tax hike permitted without triggering a local referendum.

On top of this, England's 152 social care authorities - the county and unitary councils and metropolitan boroughs which take the lion's share of the tax - are allowed a 3% precept to help fund adult care.

With town halls across the country finalising budgets and council tax levels for 2018/19 over the next few weeks, LGA research found that:

- 64 councils are considering or have approved increasing council tax by the maximum 5.99%

- 147 out of 152 social care authorities are set to charge a precept, raising an extra £548 million for care. Just five say they intend to freeze council tax

- The 152 authorities will also raise a further £584 million from general council tax, with 108 imposing increases of 2.95% or more

- Even when increases by the smaller district and borough councils are included, the total increase in will be below the £1.4 billion cut (28%) in central government funding for 2018/19 alone

The LGA said the extra money from the social care precept will be "wiped out" by an estimated £600 million extra needed to cover increases in the national living wage.

The organisation warned that 75 social care authorities - almost half of the total - will be unable to levy a precept in 2019/20 after taking advantage of Government permission to bring increases forward to earlier years.

The LGA is forecasting a funding gap of £2.3 billion in services for the elderly and disabled that year.

Lord Porter said: "Since 2010, council tax bills have risen by less than inflation and other key household bills. But faced with severe funding pressures, many councils feel they are being left with little choice but to ask residents to pay more to help them try and protect their local services.

"The extra income this year will help offset some of the financial pressures they face, but the reality is that many councils are now beyond the point where council tax income can be expected to plug the growing funding gaps they face.

"Extra social care funding will be wiped out by the significant cost pressures of paying for the Government's national living wage and extra general council tax income will only replace a third of the central government funding they will lose this year.

"This means councils will have to continue to cut back services or stop some altogether to plug funding gaps."

A spokesman for the Ministry of Housing, Communities and Local Government said: "As part of our finance settlement we are delivering a real-terms increase in resources to councils over the next two years, more freedom and fairness, and greater certainty to plan and secure value for money.

"We want to work with local government to develop a new funding system for the future and encourage councils to submit responses to the review currently under way."