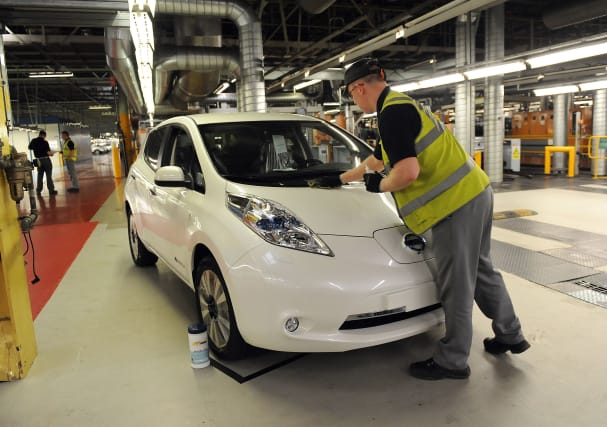 Electric car technology is advancing all the time, and the latest figures suggest that Peterborough is leading the green revolution.

Department for Transport statistics show the local authority had the largest increase in electric vehicles anywhere in the country between September 2016 and September 2017.

The figures show that over those 12 months, the number of registered electric cars and vans in the area increased by 52%.

At the start of that period there were 5,425 electric cars and vans registered in Peterborough.

That means Peterborough has twice as many electric cars as the whole of West Yorkshire, which includes Leeds and Bradford.

In 2012 there were just 14 electric cars, showing the progress that has been made in a short time period.

"We have a lot of charging points for electric vehicles in the town centre which are accessible," he said.

"The council is really promoting them."

Over the past few years manufacturers have increased the range of vehicles and prices have lowered, helping fuel the rise in environmentally-friendly vehicles.

The latest Nissan Leaf, the UK's most popular entirely electric car, can now travel 235 miles before it needs to be recharged, 80 miles more than the previous version.

Last month BP announced it would follow Shell and install charging points at its petrol stations and Dyson has also said it plans to release an electric car by 2020.

One advantage electric car users have over other vehicles is that they do not have to pay road tax, as they do not release any emissions.

Electricity is also far cheaper than petrol and diesel, and green drivers have the satisfaction of helping save the planet.

However plug-in vehicles still make up a tiny percentage of the cars on the road in Peterborough.

Compared with the 8,249 electric cars on our roads, there are 228,648 petrol or diesel cars and vans, according to the latest complete vehicle registration data from 2016.