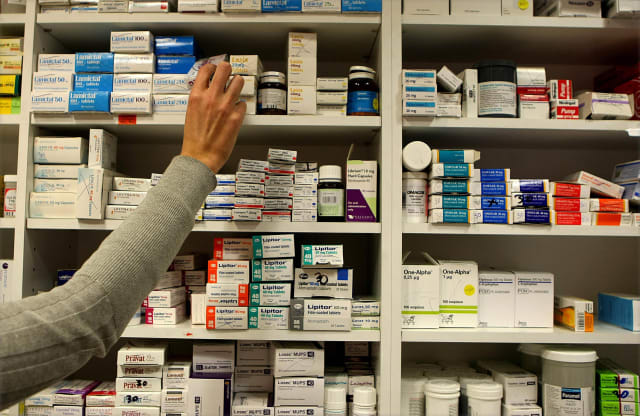 A review has been launched into patient concerns about hormone pregnancy test drug Primodos, vaginal mesh and sodium valproate.

Health and Social Care Secretary Jeremy Hunt announced that Baroness Julia Cumberlege will lead a review into how the NHS responds to safety concerns raised by patients about medicines or medical devices.

In particular it will look into concerns raised about the three health issues.

It will also consider whether any further action is required, including whether a full investigation or a public inquiry is necessary.

Mr Hunt said the response to the issues "has not always been good enough".

And during Prime Minister's Questions, Theresa May said: "Concerns raised by campaign groups - not just about Primodos but some other issues like vaginal mesh and sodium valproate - have highlighted that there is an issue with our regulatory and healthcare system and we are determined to address it.

"I have been clear that we need to do better.

"We do need to see a faster, more understanding response to patients when they raise concerns."

Mr Hunt said the review will also consider the processes followed by the NHS and regulatory bodies after patients report their concerns - including how they communicate with patients.

He also announced plans to invest £1.1 million to develop a database for vaginal mesh which could help identify safety issues.

"Over the years, there have been significant concerns raised by individuals and campaign groups about the potentially harmful effects of three products used by the NHS - the response they have received from those in positions of authority has not always been good enough," Mr Hunt said.

"From Primodos to mesh and sodium valproate, patients and their families have had to spend too much time and energy campaigning for answers in a way that has added insult to injury for many. I want to see if we can establish a fairer and quicker way of resolving these concerns both now and in the future."

A spokeswoman for the campaign group Sling the Mesh said: "We are delighted that at last a review is to be carried out but also deeply saddened that so many women's and families' lives have been shattered by medical devices and drugs that were never tested on humans before being released en masse to women globally.

"We were the human guinea pigs.

"It is wrong that women have had to fight for years to get their voices heard, often being dismissed as mad, hysterical or a minority suffering. Had men been hurt by drugs or implants on this scale there would be an outcry. Instead we have been left to suffer in silence."

But Marie Lyon, chairwoman of the Association for Children Damaged by Hormone Pregnancy Tests, said: "We are disappointed that the three campaigns are being reviewed together.

"We are not prepared to support this proposal without consultation and agreed terms of reference."