Murder victim's injuries looked like they were caused by his own dog, says Pc 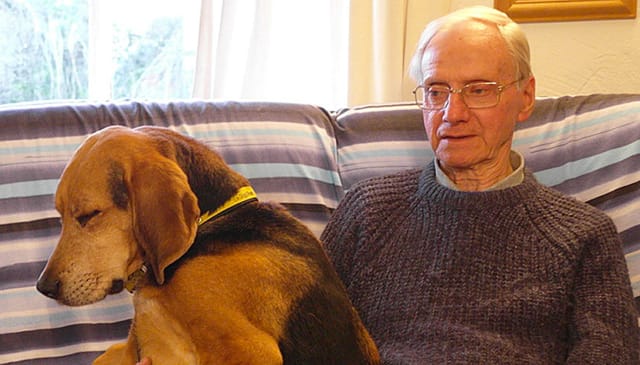 A policeman who discovered the body of a murdered dog walker said it looked like he had been attacked by his own pet, a court heard.

Peter Wrighton, 83, was killed while walking his two dogs on the heath near East Harling in Norfolk on August 5 last year and his body was dragged under a bramble bush.

Alexander Palmer, 24, who admitted being in the area at the time of the attack, denies the pensioner's murder, despite having a grudge against dog walkers, a jury heard.

When prosecutor Stephen Spence opened the case, he said the defendant told medical professionals he had a voice in his head called "Little Alex" who told him to harm people or kill them.

Peter Bibby, who walked his dogs on the same day as Mr Wrighton's death, said he had identified Palmer on social media as a man he met on August 5 after his name was used in widespread media coverage.

He said: "I woke up in the middle of the night and kept looking on various websites to see if there was any news.

"I saw his name and thought as he is a young lad he probably has a Facebook page. I found one straight away."

On Wednesday, a woman who discovered Mr Wrighton's body broke down in tears as she gave evidence at Nottingham Crown Court.

Anne Precious, who was walking her dogs with her husband Nigel when she saw the body, said: "I thought he had fallen over at first and I assumed he was the owner of the dogs.

"I did bend down initially and I was going to help him get up. But then I saw the injury and I was pretty sure he was dead."

Police Constable Andrew London of Norfolk Police said the wound to Mr Wrighton's throat was so severe that it looked like parts were missing.

He said: "I had never seen anything like it.

"It was such a strange injury, I thought has he been attacked by his own dog?"

Pc London continued to say he had seen a "very large pool of blood" across the track which was approximately 2ft in diameter.

During his evidence, Nigel Precious, who dialled 999 after discovering Mr Wrighton's body, said: "First thing I saw was a pair of legs and then a body.

"There was a large open wound on the neck and a lot of blood on the other side of the path.

"I think I was a little bit in shock, I first thought it was a mannequin.

"Reality dawned and I realised it was a body, as I described it was dead straight."

Palmer, of Bawdeswell, Norfolk, denies a single charge of murder.

The trial, set to last for two to three weeks, continues.