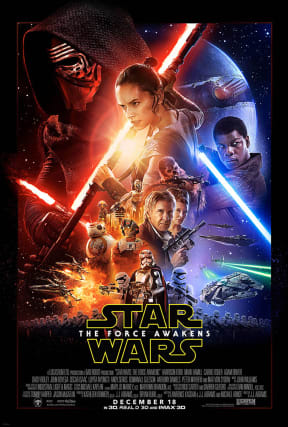 A film producer and distributor has brought a High Court action against Lucasfilm over a Star Wars fan convention.

Marc John's Quantum Digital specialises in the filming and broadcasting of special events which are beamed live via satellite to cinemas.

Mr John, who has previously served as Head of Digital Cinema for Odeon and Head of Digital Development for Picturehouse Cinemas, claims that Lucasfilm deprived him of the opportunity of filming the December 2015 convention - For the Love of the Force - at the Bowlers Exhibition Centre in Manchester, and he is entitled to damages.

In London on Wednesday, Mr John's counsel, Shane Sibbel, alleged that California-based Lucasfilm interfered with a July 2015 contract between Quantum and Candy Events Ltd (CEL) over the making and broadcasting of a film of the sell-out event.

He told Deputy Judge Veronique Buehrlen that by the agreement, CEL allowed Quantum to make a film of the convention for distribution to cinemas in return for a share of the proceeds.

He alleged that in August and early September 2015, Lucasfilm put pressure on CEL to refuse Quantum access to the convention for the purpose of filming it.

As a result, he added, CEL notified Quantum on September 3 2015 that it would not be permitted access to the convention.

Mr Sibbel said that Lucasfilm contended that there was no intention to create legal relations by the agreement or it was conditional upon Lucasfilm's approval - or the securing by Quantum of a minimum number of commitments from cinemas.

He said that Lucasfilm argued that the agreement required, and lacked, the approval of other organisers of the convention beyond CEL.

Mr Sibbel said that none of these arguments withstood scrutiny on the evidence and that the reasons that Lucasfilm acted to stop the film were commercial ones.

The live broadcast would have taken place, at the convention, two weeks before the hotly anticipated release of Star Wars Episode VII: The Force Awakens - the first in a new Stars War trilogy backed by Disney.

He claimed that Lucasfilm's concern was that the film would "dilute the launch" of Episode VII.

The contested hearing is expected to last five days.