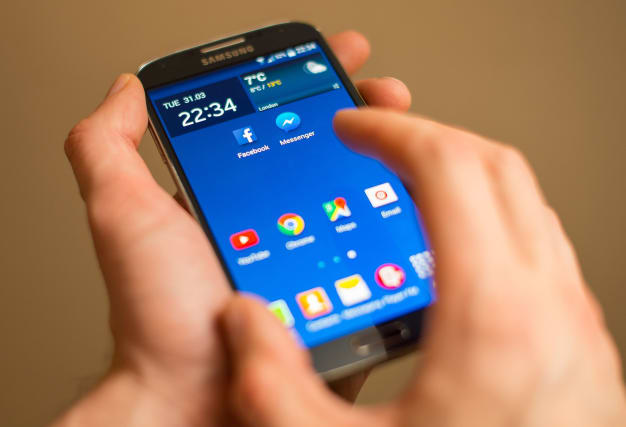 Britons now spend the equivalent of almost 22 full 24-hour days on average checking their messages, an average of more than 26 minutes every day.

The survey found that the average UK adult receives 93 messages or notifications from social apps every day, the equivalent of 33,802 notifications a year.

But those aged between 18 and 24 have almost three times more messages to manage, receiving on average 239 messages and alerts a day or 87,300 a year.

The study found a contributing factor behind the surge in messages is the boom in group chats on platforms such as WhatsApp and Facebook.

On average, Britons are members of six chat groups, although a small minority (2%) are members of 50 groups or more, rising to 7% of those aged 18 to 24.

One in four adults say they check a WhatsApp message instantly, with this increasing to almost one in three 18 to 24-year-olds.

Dr Dimitrios Tsivrikos, a consumer and business psychologist at University College London, said the boom in smartphone use was a positive trend and allowed consumers greater control over their lives.

He said: "In an age where we are constantly surrounded by endless tasks, always flooded with a sea of data, smartphones allow us to manage our lives in a way that suits us.

"From calendars and reminders, to emails and instantaneous access to an encyclopaedia of human knowledge, smartphones give us total control, right at our fingertips."

:: Opinium Research surveyed 2,004 UK adults who own a smartphone between February 12-18 and another 200 respondents aged between 10 and 17.