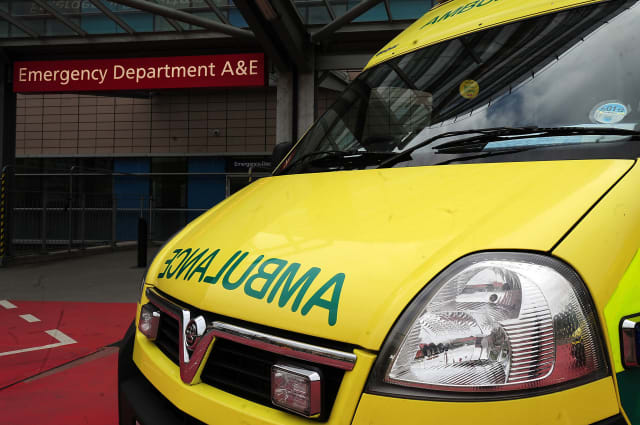 A 26-year-old woman has been fined £120 after admitting telling paramedics to "move your f***king van" and leaving a foul-mouthed note on their ambulance.

Kirsty Sharman pleaded guilty to a public order offence over the incident in which the crew had been responding to a 999 call from her next-door neighbour in Stoke-on-Trent.

Sharman, of Parsonage Street, appeared in the dock at North Staffordshire Justice Centre on Tuesday, flanked by a security officer, with her brown hair tied up and wearing a light grey sweater.

She admitted writing the note, which she said she "couldn't give a shit" if the whole street collapsed, and verbally abusing paramedics.

Sentencing, the chairman of the magistrates Christopher Rushton told her: "This was an absolutely despicable incident.

"The fact it was directed at an ambulance crew providing a public service to a sick person. That crew should not be subject to actions such as these."

The ambulance had been responding to a neighbour's emergency call to assist his wife, who was "experiencing breathing difficulties", prosecutor Liz Ryder told magistrates.

She added there had been "ongoing difficulties" between Sharman and her neighbours, leading to a restraining order being issued against her in January.

"A neighbour saw that note being deposited by the defendant and they took it from the rear windscreen and posted it back through the defendant's address, having torn it apart."

She added the paramedics were later made aware of the note.

Sharman also went into the street and abused a male paramedic, telling him: "Move your f****** van."

Miss Ryder added: "Clearly she accepts she was in a public place and her behaviour and language was disorderly and inappropriate in the circumstances."

Appearing in court in Newcastle-under-Lyme, Sharman, through her solicitor Hayley Keegan, offered her "most sincere apologies to the ambulance staff".

She added: "She accepts the behaviour was completely unacceptable."

Sharman was also ordered to pay a victim surcharge of £30 and £135 costs, while a separate charge of breaching a restraining order was withdrawn by the prosecution.

She was charged after a social media plea by West Midlands Ambulance Service staff.

Paramedic mentor Katie Tudor posted a picture of the note on Twitter, copying in the police.

The ambulance had been parked in a residential street in the Tunstall area at the time.

The note read: "If this van is for anyone but Number 14 then you have no right to be parked here. I couldn't give a shit if the whole street collasped. Now move your van from outside my house."

Social media users reacted with disbelief and anger at the note, with one official ambulance service Twitter account commenting "#sadtimes".