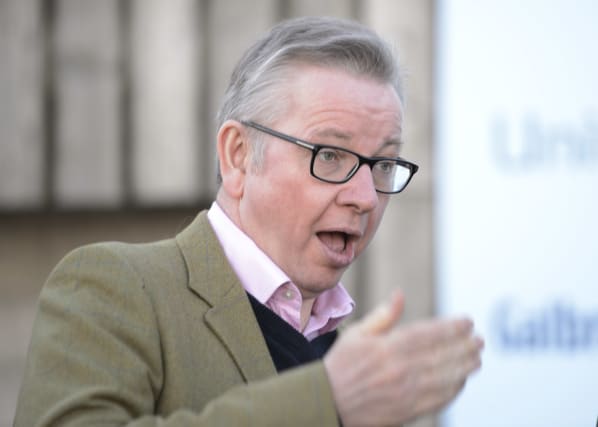 The UK will not sign up to trade deals after Brexit that undermine high animal welfare or environmental standards, Michael Gove has said.

The Environment Secretary also said he believed the "landing point" for a deal on food and agriculture with the EU after the UK leaves the bloc would be a "pragmatic, tariff-free deal with as few barriers as possible".

Concerns have been raised that barriers to trade and free movement could hit the £110 billion-a-year agriculture and food sector, for which the EU accounts for 60% of exports and 70% of imports and provides many workers.

There are also fears trade deals with countries including the US could see imports of cheaper, lower-standard produce such as chlorinated chicken and hormone-fed beef.

Speaking at the National Farmers' Union annual conference in Birmingham, the Environment Secretary moved to reassure the agricultural sector that they would not be undercut by imports of such produce.

He echoed comments being made by Brexit Secretary David Davis in Vienna that the UK would not be pursuing a "Mad Max" deregulation agenda after it leaves the European Union.

"As we leave the EU we want to demonstrate we are a civilised developed economy and that when it comes to environmental protection and animal welfare, as is the case also when it come to the rights of working people, we don't want to see any diminuation and dilution of high standards.

"Leaving the EU is about exercising greater democratic control, not pursuing a race to the bottom."

Quizzed by farmers at the conference, Mr Gove also said: "We won't be signing trade deals that mean that British producers are undercut on animal welfare or environmental standards."

He also said the UK wanted to continue with tariff-free trade that was as "frictionless as possible" with the European Union after Brexit.

He suggested that with the EU exporting more to the UK than it imported, it was in the bloc's interest to get a deal that works, and Britain would demonstrate it was not seeking to gain a competitive advantage by cutting high standards.

"Ultimately I think the landing point for both Britain and the EU27 will be when it comes to food and agriculture, a good, pragmatic, tariff-free deal with as few barriers as possible."

His comments came after outgoing NFU president Meurig Raymond said the UK must not walk away from the EU which represented its biggest market, with 450 million customers on the doorstep.

He warned that time was running out to secure a deal with the EU that eliminated non-tariff barriers as well as secured a customs agreement, and called on ministers to set out their plans.

"We must have frictionless trade with the EU. Everything else, including the final shape of any domestic agricultural policy is dependent on that," he said.

"Britain's farms need access to the EU market, we need access to a reliable workforce and we need measures to help our food and farming industry be more productive."

The Environment Secretary also used his speech to spell out plans for post-Brexit agricultural policy, in which he wants to see a switch away from subsidies simply for owning land to payments for public goods.

The "lion's share" of public support would go to enhancing the environment, supporting measures such as planting trees to stop flooding or providing wildlife habitat.

But future agricultural support should also help preserve the heritage and culture of farming communities which maintain precious landscapes.