No automatic right to peerages for holders of high office, says Prime Minister 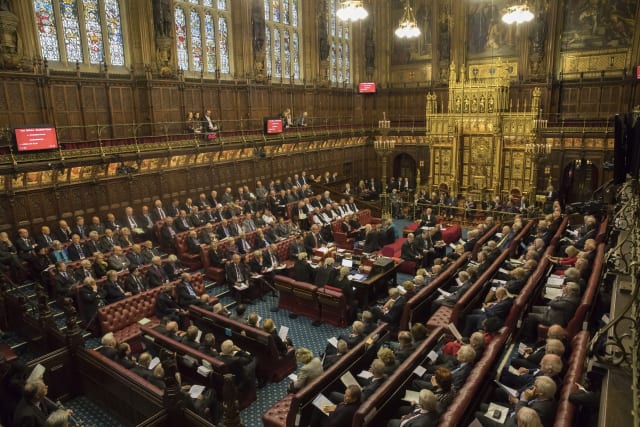 Top judges, police officers and former cabinet ministers will no longer be "automatically" given seats in the House of Lords after they leave high office, Theresa May has said.

The Prime Minister pledged to end the convention of an "automatic entitlement" to peerages for senior public servants as part of efforts to reduce the size of the bloated upper chamber from 792 members.

She also pledged to exercise continued restraint in making appointments and said all parties should encourage more peers to retire to reduce the size of the Lords.

Mrs May has appointed eight peers since becoming PM in July 2016, including three political appointments as ministers.

She also appointed five "distinguished public servants" including the Lord Chief Justice, a former Bishop of London, a former Metropolitan Police commissioner, a former chief of defence staff and a former private secretary to the Queen - but made clear their like would not be automatically granted peerages in future.

The PM's commitment also includes former cabinet ministers and other holders of high political office - meaning the likes of her predecessor David Cameron and his chancellor George Osborne would not benefit from the convention, although they would not be barred from getting peerages.

Mrs May was responding to calls by the cross-party Lord Speaker's committee on the size of the House for a "two out, one in" system to cut the number of peers by a quarter to 600.

The proposals come after criticism over the size of the chamber and the scale of expenses claimed by some peers who fail to play an active role in the Lords.

The PM committed reducing the size of the chamber but said a call for a maximum term of 15 years to cap numbers requires "further careful thought and wider engagement", including with MPs.

In a letter to the Lord Speaker Lord Fowler, the PM said she was making a "statement of intent" on reducing numbers now.

"I intend to continue with the restraint which I have exercised to date and, when making appointments, to allocate them fairly, bearing in mind the results of the last general election and the leadership shown by each party in terms of retirements," she said.

"I will also operate on the basis that there is no automatic entitlement to a peerage for any holder of high office in public life."

Mrs May added: "I believe that a combination of restraint on appointments and an increased cross-party take-up of retirement would represent the most effective action which could be taken immediately to address the real concerns about the size of the House."

Across all parties, 24 peers have been appointed to the Lords and two hereditary peers elected since Mrs May took office, while 28 have retired, and 16 have died.

It has left the overall size of the Lords down by 20 members under her premiership.

Lord Burns, chairman of the committee, has recommended 139 departures by the end of the Parliament in 2022.