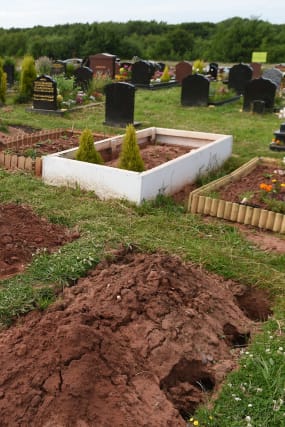 A Muslim man is preparing for a High Court fight after complaining that a council breached his human rights by preventing him from building an edge around his father's grave.

Atta Ul-Haq wants to stop people walking across the burial site at Streetly Cemetery in Walsall.

Bosses at Walsall Council have refused his request on the basis that the building of an edge would breach a cemetery policy.

He says the rules of Islam forbid people from stepping on graves and claims that the council's policy breaches his human right to exercise religion - a right enshrined in Article 9 of the European Convention on Human Rights.

A council spokeswoman on Friday indicated that bosses would fight the claim and said: "The council is confident its policy is lawful."

Mr Ul-Haq's lawyers say the case could have implications for the Islamic community.

Solicitor Natalia Garcia, who is representing Mr Ul-Haq and works for Fountain Solicitors, says a judge at the High Court in London is expected to oversee a trial in the near future.

"It is arguable that Walsall Council's cemetery policy breaches Article 9," she said.

"This is because the policy prohibits edgings around graves in the lawn area which is reserved for Muslim burials.

"There is therefore nothing to prevent my client's father's grave from being traversed by foot or maintenance machinery, which is against my client's beliefs."

She said the case was of "significant wider public interest to the Muslim community".

Earlier this year, a High Court judge ruled in favour of two Muslims who complained that dirty conditions in cells at an immigration removal centre hampered their prayers.

Mr Justice Holman decided the men's ability to pray at specified times in a clean area was hindered when they were locked in 12-metre square cells with other detainees between 9pm and 8am at Brook House immigration removal centre near Gatwick Airport.

He concluded that their Article 9 rights had been infringed by Home Office ministers without justification.