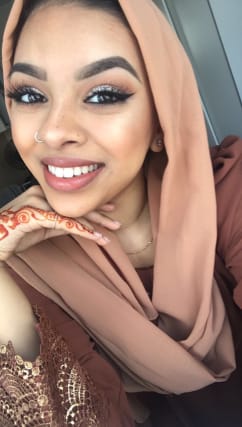 Murdered Celine Dookhran's grief-stricken mother has described her killer as an "evil monster".

Iman Naeem said she felt "cheated and robbed" by Mujahid Arshid as he was handed four life sentences for kidnap, rape, murder and attempted murder.

Ms Naeem, who sat in court throughout the trial, said: "Celine was our beautiful, caring, funny, intelligent daughter.

"She fell victim to pure evil. The disgusting and senseless actions of Mujahid Arshid deprived Celine of a great future where she could go on to further her ambitions.

"Everyone loved Celine. She was instantly likeable to all those who knew her. She was great at giving advice and encouragement to everyone who needed it."

She described her "stunning" daughter as a "ball of energy" in a victim statement read to the court.

The 20-year-old had been working as an apprentice at Barclays and had ambitions to become a personal banker, she said.

She had interests in fashion, make up and football and was a creative person who was always coming up with "bright ideas".

Ms Naeem said she felt as if her "world has collapsed" leaving her anxious, empty and frightened.

She said Arshid was an "evil monster" who had robbed her of the chance to hug her daughter and tell her she loved her one last time.