Around 30 passengers evacuated onto M25 as coach catches fire 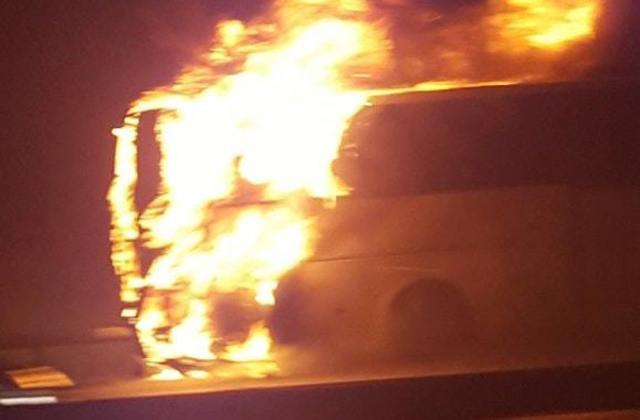 Around 30 passengers were evacuated onto the M25 when their coach caught fire on Wednesday evening, Buckinghamshire Fire and Rescue Service has said.

The fire service was called at 7.10pm to the coach, which caught fire between junctions 15 and 16 on the country's busiest motorway.

The fire was put out "relatively quickly", the fire service said, and there were no injuries.

Tracey Howell, 45, captured the scene on camera as she passed in the opposite direction.

On the #M25 clockwise, J15 - J16, we've had to temporarily halt the traffic while the Fire and Rescue service extinguish a vehicle fire. Expect delays. pic.twitter.com/h5jd4eRNkH