How humanitarian mission in quake-hit Haiti became a scandal 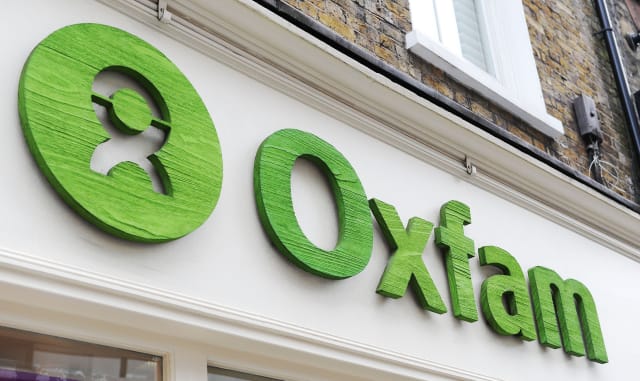 Here are some of the questions being asked about the Oxfam scandal:

- Why was Oxfam UK operating in Haiti at the time of the scandal?

Oxfam was one of many charities responding to a massive earthquake which hit Haitian capital Port-au-Prince in 2010, killing 220,000 people, injuring 300,000 and leaving 1.5 million homeless.

- What were Oxfam staff accused of?

An internal investigation was launched into claims that some staff in Haiti invited prostitutes for sex parties at their villa.

- What action was taken?

Oxfam's country director in Haiti, Roland van Hauwermeiren, and two other men in management resigned without disciplinary action in 2011. Four men were dismissed for gross misconduct. None of those accused was arrested or faced criminal charges.

- What criminal charges could wrongdoers conceivably have faced?

Prostitution is illegal in Haiti  and the age of consent is 18, raising the possibility of prosecution in the Caribbean nation. If any of the prostitutes involved was shown to be below the age of consent, there could potentially be a prosecution in the UK under the Sexual Offences Act 2003, which enables British citizens and residents who commit sexual offences against children overseas to be prosecuted at home.

- Why were police not involved?

Oxfam said in a statement it had received legal advice that it was "extremely unlikely that reporting these incidents to the police would lead to any action being taken", given the chaotic conditions following the earthquake. The charity has also said that allegations that underage girls may have been involved were "not proven".

- How did the scandal come to light?

Oxfam announced the launch of its investigation in August 2011, and publicised the outcome in September of that year. However, details of the investigation report did not become public until last week, when The Times published details of what it termed a "cover-up".

- How did Oxfam react?

The charity released a statement saying that the actions of some aid workers had been "totally unacceptable, contrary to our values and the high standards we expect of our staff". After the Haiti investigation, it created a dedicated safeguarding team and a confidential 'whistleblowing' hotline.

- How has the Government reacted?

International Development Secretary Penny Mordaunt has summoned Oxfam for a meeting, warning that if they do not hand over all the  information they have about the case, "I cannot work with them any more as an aid delivery partner".  Ms Mordaunt said her department was told at the time that the charity was investigating "misconduct" but was not given details of the events.

- Is Government support important to Oxfam?

The charity received £31.7 million of Government money in 2016/17, making up a substantial proportion of its £400 million annual income.

- Is the problem confined to Oxfam?

It does not appear so. Former international development secretary Priti Patel has spoken of a "culture of denial" about sexual exploitation in the international charity sector stretching back decades. And the Charity Commission's director of investigations Michelle Russell said the watchdog received reports of 1,000 incidents a year involving "safeguarding" issues.