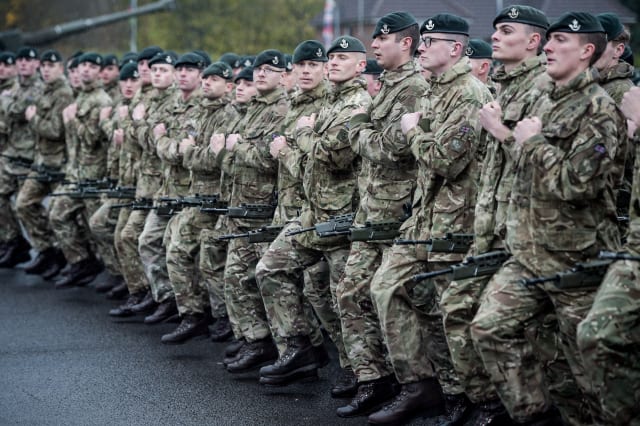 A Tory former minister has fired a fresh warning about Army recruitment as new figures showed the number of people enlisting has continued to fall.

Some 3,270 recruits joined the regular Army in the first six months of 2017/18, according to figures obtained by Mark Francois.

This marks a further fall in the rate from previous years, when the Army was already struggling to maintain its existing size.

The Ministry of Defence said applications were on the rise and many of these would have enlisted at a later date.

Former minister Mr Francois said: "These latest figures show that while applications may be rising, the number of actual enlistments, i.e. those who actually join up, is continuing to fall, with less than 3,300 people joining the regular Army in the first half of 2017/18.

"Bearing in mind the Army needs 10,000 recruits a year, if this underperformance continues it will become increasingly important to establish a new contract instead of the existing one with Capita."

However, 6,921 people enlisted in the regular Army in 2016/17, the lowest annual intake for three years.

More than 1,000 people joined the reserves in the same year.

Figures obtained by Mr Francois through a written parliamentary question do show a great number of applications to the Army.

An MoD spokesman said many of these applications would still have been in the recruitment process when the figures were compiled and would have enlisted at a later date.

"We are committed to attracting the best people from all backgrounds to the Army," he said.

"It is encouraging to see so many people wanting a fulfilling career and to serve their country.

"Over 8,000 people joined the Army last financial year and applications are up in the first half of this one."