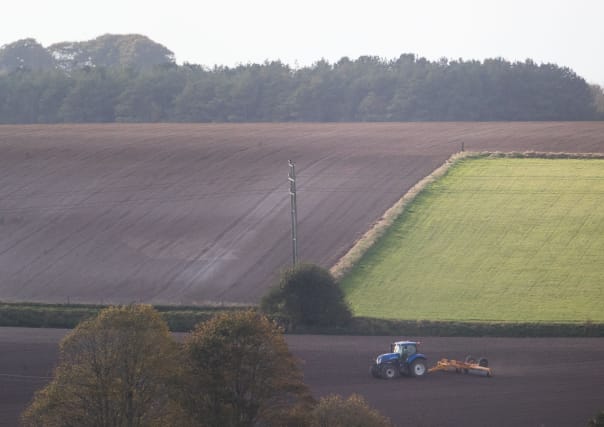 The UK's food and farming industry is calling on the Government to maintain free and frictionless trade with the EU.

A total of 36 organisations, including the National Farmers' Union (NFU) and the British Retail Consortium (BRC), have said the country's landscape, economy and society will suffer if Brexit does not champion UK food producers and the businesses that rely on them.

They said it is "clear" that the decision to leave the EU is already having an impact on the sector.

Setting out what a successful Brexit means to them, the organisations are calling on the Government to maintain free and frictionless trade with the EU, and to secure the benefits of existing EU preferential trade arrangements, at least until the Government can replace them with "acceptable alternative arrangements".

The organisations are also calling for ongoing access to an adequate supply of permanent and seasonal labour.

In a statement, the organisations, which include Dairy UK and Co-operatives UK, said: "We acknowledge our role in making Brexit a success - in improving productivity, competitiveness and driving growth in the economy, in creating jobs, and in achieving a more sustainable food supply system that minimises the impact our businesses have on the environment.

"But a Brexit that fails to champion UK food producers and the businesses that rely on them will be bad for the country's landscape, the economy and critically our society.

"We call on the UK Government to agree as a matter of priority on the terms of a transition deal that provides clarity, continuity and certainty for UK farms and food businesses as well as for consumers."

The statement says the sector will be "deeply affected" by Brexit, adding: "It is clear that the effect of the decision to leave the European Union is already being felt in the sector as uncertainty and lack of clarity impacts business confidence."