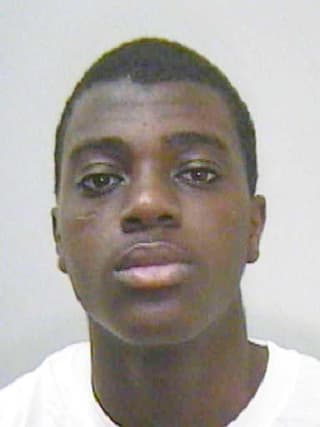 A killer cyclist who stabbed a journalist to death at a bus stop has won an earlier chance of parole.

Rickell Patterson, then aged just 16, took out his pocket knife and delivered a single fatal stab wound to 40-year-old Timothy Smith in Nottingham in 2007.

The teenager was riding his BMX along the pavement and lost his temper when Mr Smith, who was waiting for a bus, accidentally stepped into his path.

He was found guilty of murder and jailed for life with a minimum term of 14 years, later reduced to 12 years on appeal.

Now aged 27, Patterson has won a cut in his minimum term after a senior judge ruled he has made "exceptional progress" in prison.

Mr Justice Langstaff said on Thursday that Patterson had demonstrated such progress through his work as a "listener, mentor and equalities representative".

The judge said: "Nothing I say in reviewing the tariff will reduce the seriousness of the murder he committed nor diminish the consequences of it for the victim's friends and family.

"However what I have to do is consider whether during his period in custody the applicant has demonstrated exceptional and unforeseen progress."

He added: "It is clear in my view from the evidence that his progress has resulted in a significant alteration in his maturity and outlook since the commission of the offence, and a significant reduction in the level of risk posed to public safety.

"He has demonstrated progress, and behaviour of a consistently positive nature, in more than one institution."

The judge recommended Patterson's tariff should be reduced by nine months, which means he will be eligible to apply for parole in the summer.