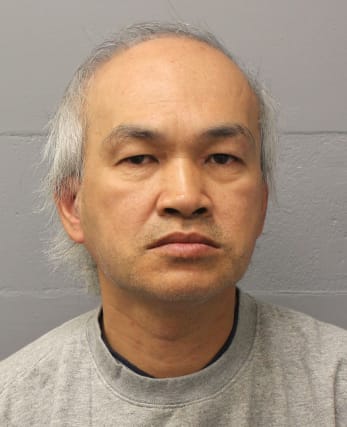 A serial conman who pretended his family died in the Grenfell Tower fire to obtain about £12,500 meant for the victims is due to be sentenced on Friday.

Anh Nhu Nguyen claimed his wife and son were killed in the June 14 disaster and was photographed beside the Prince of Wales when he met survivors.

As part of his deceit, Nguyen spun a cruel tale to family liaison officers, describing in detail how he lost sight of his family in the smoke-clogged stairwell, police said.

But while a major recovery operation was under way on June 15, the fraudster was actually nine miles away at a housing charity, according to prosecutors.

He posed as a victim of the blaze for almost two weeks and was given about £12,500 by charities and Kensington and Chelsea Council.

Some 71 people were killed in the blaze which swept through the west London block after cladding on the exterior caught fire.

The 52-year-old, of Beckenham, south-east London, pleaded guilty at Southwark Crown Court in November to two counts of fraud by false representation and one count of making an untrue statement for the purpose of obtaining a passport.

Sentencing was originally adjourned until December by Judge Philip Bartle to allow a pre-sentence report and a psychiatric report to be compiled.

However, at a hearing shortly before Christmas, Southwark Crown Court heard there had been a "failure" by probation services to make contact with the defendant and provide a report.

Judge Bartle also said a psychologist had prepared a substantial 21-page report but had said it was "essential" to have access to Nguyen's medical notes before making any final conclusions.

Nguyen was born in Vietnam, has been in the UK since the 1980s, is a British citizen and has 17 aliases.

He has 28 previous convictions for 56 offences spanning more than 30 years, including theft, dishonesty offences, arson and grievous bodily harm.