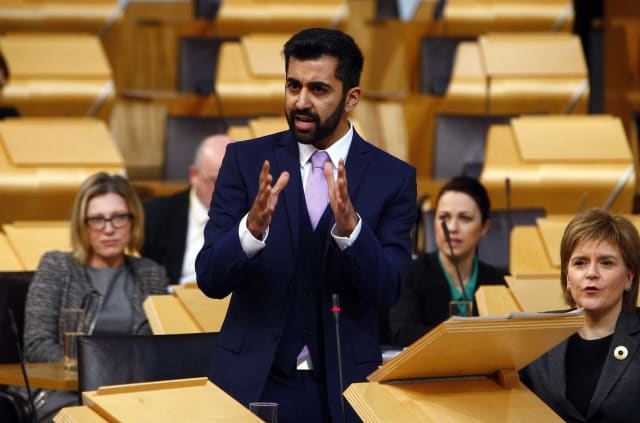 A planned law aimed at strengthening and protecting island communities across Scotland will face a preliminary vote at Holyrood on Thursday.

Islands Minister Humza Yousaf hailed the "landmark" proposed legislation which would enable Scottish ministers to set up a local authority licensing scheme for development in waters around the islands.

If passed, it will also create a National Islands Plan which will be reported on each year.

The legislation was proposed after island councils banded together in the Our Islands Our Future campaign to call on ministers to ensure a better deal for their areas.

The Rural Economy and Connectivity Committee supports the general principles of the Bill.

Speaking ahead of the stage one debate in the Scottish Parliament, Mr Yousaf said: "This is a landmark piece of legislation for Scotland, enshrining the interests of our unique and diverse island communities within the legislative process.

"It is designed to build islands awareness into decision making across the public sector, ensuring interests of island communities are firmly at the centre of future legislative, policy and service considerations."