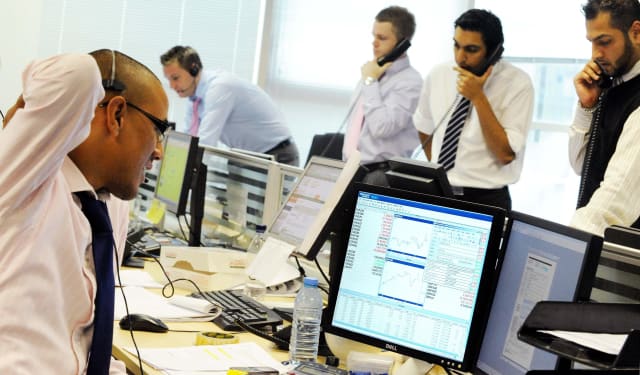 Nearly £50 billion was wiped off the FTSE 100 as the London market fell prey to a global stock sell-off sparked by fears that rising inflation could force central banks to hike interest rates.

It adds to deep losses during Monday's session when more than £27 billion was wiped off the value of London's blue-chip stocks and followed a brutal overnight sell-off in Asia and on Wall Street, where the Dow Jones Industrial Average and the S&P 500 dropped 4.6% and 4.1% respectively on Monday.

US stocks continued their descent after markets opened on Tuesday.

The global equity sell-off has been building since last Friday when traders became spooked by the prospect of tighter monetary policy after the US posted strong average earnings data.

Connor Campbell, financial analyst at Spreadex, said: "The only hope for the markets at the moment is that investors suddenly decide that the sell-off has been a bit overdone - though in a way it is fitting, matching the astonishing, record-breaking recent rise of the global indices with an equally astounding, heart-stopping drop.

"Admittedly, the Bank of England could go some way to allaying investors' fears of rising interest rates on Thursday, if (governor) Mark Carney issues a more dovish statement than forecast."