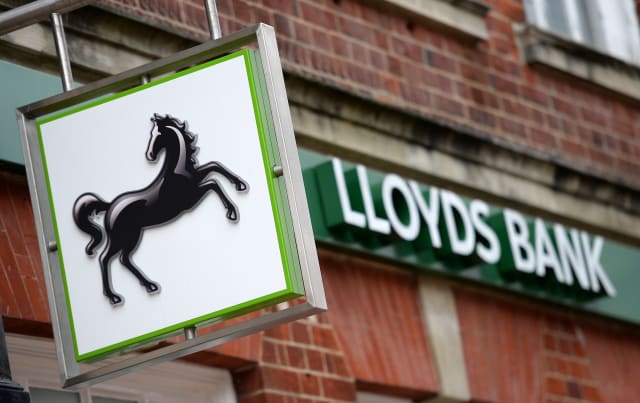 More than 450 jobs have been axed by Lloyds Banking Group as part of a sweeping shake-up across five divisions at the lender.

The banking giant said 465 roles would be slashed, with the lion's share of the impact hitting commercial banking, the chief information office, risk, community banking, insurance and wealth.

However, the move will lead to the creation of 465 new roles throughout the business.

A spokesman for Lloyds said: "This process involved making difficult decisions, and we are committed to working through these changes in a careful and sensitive way.

"All affected employees have been briefed by their line manager.

"Accord and Unite were consulted prior to this announcement and will continue to be consulted.

"The Group's policy is always to use natural turnover and to redeploy people wherever possible to retain their expertise and knowledge within the Group.

"Where it is necessary for employees to leave the company, we will look to achieve this by offering voluntary redundancy.

"Compulsory redundancies will always be a last resort."

The announcement came on the same day that the bank banned customers from buying Bitcoin on credit cards amid fears they could be left in debt as the cryptocurrency's value deflates.

Lloyds unveiled a hefty rise in third-quarter profits in October as the once state-backed lender hailed a "strong financial performance".

The company saw pre-tax profits more than double to £1.95 billion as chief executive Antonio Horta-Osorio's turnaround of the lender continues.