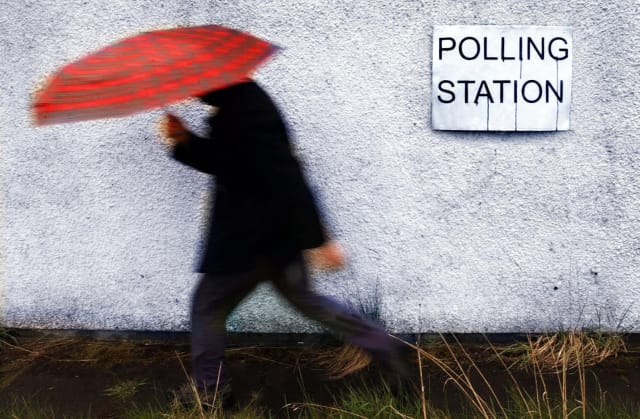 Proof of identity should be required from voters before they can vote at a polling station, just as people provide ID to collect a parcel, Electoral Commission Chair Sir John Holmes has said.

His comments came ahead of trials of such a new rule at five councils at forthcoming local elections in England on May 3: Bromley, Gosport, Swindon, Watford and Woking.

Concerns about disfranchisement of people who did not have passports and driving licences could be addressed through the introduction of a free elector's card with photo, as already used in Northern Ireland, throughout the rest of the UK, Sir John told the annual conference of the Association of Electoral Administrators in Blackpool.

He estimated some 3.5 million people did not currently have photo ID and the cost of extending the elector's card would be £3 million.

"I want to stress that we have been pressing for this change not because we believe that personation is necessarily a major problem now. But the opportunity for fraud of this kind is clearly there and it is very hard to detect," Sir John said.

"We want to address this before it becomes a problem and part of a wider reduction of trust in the system."

He added: "It does not seem unreasonable to demand proof of identity before voting, something we accept having to do before simply collecting a parcel, for example. It is certainly something which many other countries do routinely."

In announcing the trials of voter ID at the five councils, the Government said last year the form of identification to be used would be set by the councils themselves but the pilot would involve trialling both photo ID and non-photo ID schemes to see what was the most effective and efficient.

The Electoral Commission is to evaluate the trials and publish its findings this summer.

Sir John noted: "This may not of course be the end of the story. I suspect the arguments about the proposal for photo ID at polling stations will continue for some time and we will continue to need to be able to show why we think this change is justified."