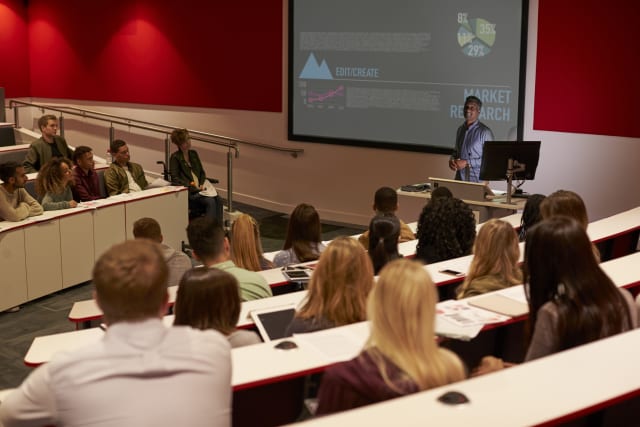 A rise in the number of students applying to do degrees in Scotland has been hailed as a sign of the the "global reputation" of its universities.

But she said there was "more work to do" to increase the number of Scots from deprived backgrounds who want to go on to higher education.

The figures, produced after the January 15 application deadline, showed a 1% fall in the overall number applying to UK universities.

Ms Somerville said: "While it is good to see Scotland's universities outperforming those across the UK, it is also vitally important that we continue to drive forward our ambition to widen access to university for people from our most deprived communities.

"In 2017, we saw a 13% increase in the number of people from the most deprived communities getting places to study at university. Today's application rate shows that there is more work to do if we are to see a similar increase in 2018."

She added: "Universities must do all they can to promote the opportunities available for learners from our most deprived backgrounds and to make them aware where there is still a chance to apply before the June 30 deadline.

"It is equally important that universities push ahead with the implementation of minimum entry thresholds so that the potential of those who do apply is recognised fairly within the application process."

As well as a 1% rise in Scots bidding to study at a Scottish university, there was also a 13% increase in applications to Scotland from international students from outside of the European Union.

Ms Somerville said: "These figures are a significant indicator of the strength of Scotland's global reputation as a welcoming and world-class study destination.