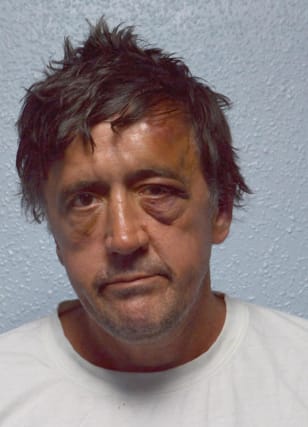 The daughter of a man killed in the Finsbury Park attack has said her heart was shattered by his death at the hands of a "narrow-minded, heartless being".

Ahead of his sentencing on Friday, Woolwich Crown Court heard of the devastating impact Osborne left in his wake.

In a statement read to the court, one of Mr Ali's six children, Ruzina Akhtar, said the image of her dead father would always stay with her.

She said: "My heart was shattered when I saw my father lying in the morgue."

Her mother now fears being targeted again because of her religion, the court heard.

She said: "My mum is scared to go out by herself in case she is attacked because she is visibly a Muslim who wears a headscarf."

"They will now grow up without the help and support of their father," Ms Akhtar said. "Without his guidance and assistance in life."

She said her father will "never be forgotten".

"His laugh will echo the walls of our home and his smile will be reflected in our eyes. His memory will be in our conversation."

He "lived without any enemies" and never hurt or upset anyone, she said.

She added: "His life was taken in a cruel way by a very narrow-minded, heartless being."

Prosecutor Jonathan Rees QC said Osborne's victims had suffered "flashbacks, fear of going out on to the street" and had lost confidence since the attack.

A jury of eight women and four men took one hour to convict the father-of-four - who was seen smiling and blowing a kiss to angry bystanders in the moments after the terror attack - of murder and attempted
murder.