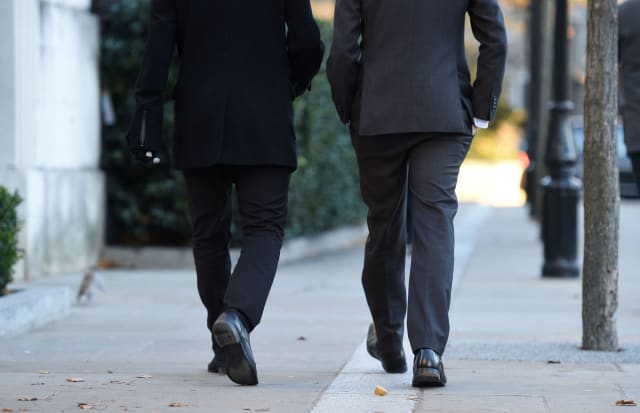 This compares with 11,442 women who die from breast cancer.

Lung cancer and bowel cancer remain the two most common cancers to die from.

Trends show that the number of women dying from breast cancer has been steadily decreasing since 1999, however the same downward death trend is yet to be seen in prostate cancer.

Despite the alarming figures, the charity added the shift does not represent a worsening situation for prostate cancer and men diagnosed today are two-and-a-half times more likely to live for 10 years or more than if they were diagnosed in 1990.

It is due to an increasing and ageing population that the number of men dying from the disease is rising.

Prostate Cancer UK chief executive Angela Culhane said: "It's incredibly encouraging to see the tremendous progress that has been made in breast cancer over recent years.

"The introduction of precision medicine, a screening programme and a weighty research boost has no doubt played an important role in reducing the number of women who die from the disease.

"With half the investment and half the research it's not surprising that progress in prostate cancer is lagging behind.

"However, the good news is that many of these developments could be applied to prostate cancer and we're confident that with the right funding, we can dramatically reduce deaths within the next decade."

The charity estimates that it needs to fund around £120 million of research over the next eight years to reverse the trend and achieve its 10-year goal of halving the number of expected prostate cancer deaths by 2026.

In a bid to ramp up its fundraising, the charity has launched a series of March for Men walks around the UK to help raise funds.

Professional dancer and Celebrity Big Brother housemate Wayne Sleep was diagnosed and treated for prostate cancer in 2015 and will be leading the London March for Men for the second year running.

He said: "I was one of the lucky ones - thankfully my prostate cancer was detected early and I received treatment before it spread elsewhere.

"But thousands of other men are not so lucky, every year prostate cancer continues to claim the lives of nearly 12,000 fathers, brothers, partners and friends and this must stop."