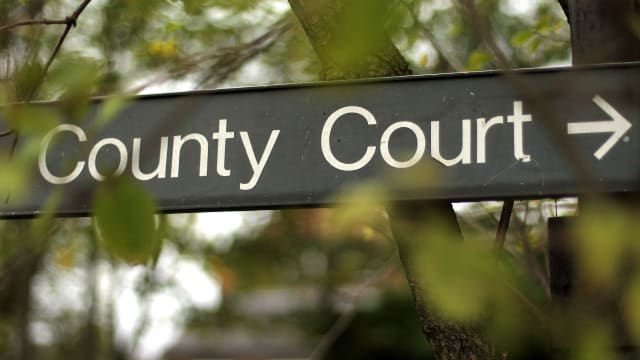 A man who fatally kicked a rival in the head inside a supermarket as horrified children looked on has been sentenced to 11 years detention in a young offenders'  institution.

The two men were involved in a long-running dispute when, by coincidence, they saw each other in the supermarket and violence flared.

Mr Rogers ended up on the floor where Monk inflicted the fatal kick.

Monk was found guilty of manslaughter at an earlier trial and was sentenced at Norwich Crown Court on Thursday.

Judge Stephen Holt said: "This attack occurred in a very public area; there were children present.

"Children were heard screaming at the violence they witnessed.

"This attack received widespread publicity, in a supermarket that many customers and residents in Wymondham use."

He said Monk's kick to Mr Rogers' head used the sort of force used to convert a rugby ball, adding "it was vicious, cowardly and it was inflicted on a helpless man lying on the floor".

He said the background to the "violent offence" was a "long-running dispute" between Mr Rogers, Monk's family and others and that there had been a number of incidents in the months before.

Mr Rogers had gone to Morrisons with a friend to buy water and fruit before going running when they saw Monk, who was there shopping with his girlfriend at around 7pm on July 17 last year.

Judge Holt said some details of the earlier stages of the altercation were unclear, but noted: "What is clear is once he was on the ground he was sprawled out lying on his back.

"He did not present any sort of risk to you.

"You could have walked away but you didn't.

"You kicked him at full force to his head."

Mr Rogers died as the result of a head injury the following day in hospital.

Susan Rogers, mother of Nick Rogers, fought back tears as she read a victim impact statement to the court.

"My heart felt as if it had been torn out of me," she said.

She said she arrived at the supermarket to find police and an air ambulance outside.

"My beautiful boy died right there on a cold supermarket floor," she said. "I watched as his life faded away right in front of me."

She told Monk: "I will never until the day I die forgive you for what you did."

Jude Durr, mitigating, said Monk, of Silfield Road, Wymondham, was of  previous good character and it was a "spontaneous, unpremeditated" attack.

As the sentence was read out, Monk said "thank you your honour" and there were shouts of "love you Lee" from the full public gallery.