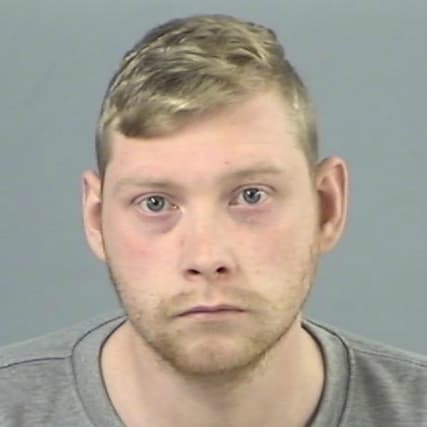 A man who "utterly devastated" a family by tricking a young teenage girl into performing a sex act on her much younger brother for a video which went viral on Facebook has been jailed for 12 years.

Daniel Norton, 26,  persuaded the girl he met on a dating website to carry out the act after threatening her that she would be removed from her family if she did not comply.

Southampton Crown Court heard that after classmates of the two Hampshire children saw the video, which was viewed across the county, they were bullied leading to them being moved school and the family moving home.

James Kellam, prosecuting, said Norton started by persuaded the girl to send him a topless photo.

He then told her that his father, who he falsely said was a police officer, would take her away from her family unless she sent him more explicit images.

Judge Gary Burrell QC told Norton he had "plumbed the depths of depravity" by his actions.

He told the defendant, of Cheadle, Stockport, Greater Manchester: "You persuaded and threatened a girl so that she ended up committing sexual acts on her own little brother.

"You made her film the act and then you put the film out so that it came on to the internet for the world to see.

"One only hopes that little boy doesn't remember anything when he grows up, the little girl certainly will.

"As a result the family have had to move the children to another school and move the entire family to another home because of the problems."

He continued: "The father described the effects on the family as being utterly devastating and the whole family has been at a loss at how to deal with it and that has been down to you because you wanted to gratify your own sexual desires."

As well as the jail sentence, he was given an extended licence of three years and made subject of a sexual harm prevention order after the judge ruled he was a sexual predator and a danger to children.

The court heard that Norton gathered images of other teenage girls and enjoyed "the feelings of power and control" over them.

Matthew Jewell QC, defending, said his client was remorseful for his acts and added: "Mr Norton doesn't seek to excuse his behaviour."