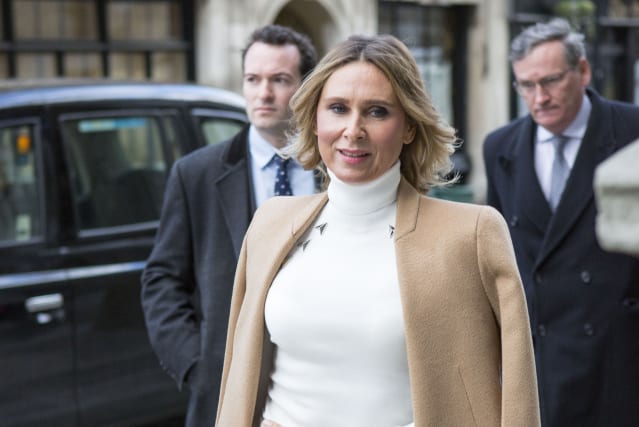 A housewife awarded £453 million by a London divorce court judge after her 20-year marriage to a billionaire businessman broke down might not have won such a payout abroad, a specialist lawyer says.

Tatiana Akhmedova was given a 41.5% share of Farkhad Akhmedov's £1 billion-plus fortune by Mr Justice Haddon-Cave after a hearing in the Family Division of the High Court.

Court of Appeal judges are considering legal issues in the case at a follow-up hearing in London.

He said that is why London is viewed as the world's "divorce capital".

"English law views marriage as a partnership and starts from the principle that the wealth built up during the marriage should be shared equally," said Mr Oxley on Thursday.

"Where such a vast fortune is created during the marriage, the financially weaker party expects a huge award.

"This recognises the idea that each spouse contributes to the other the best they can, without discriminating between the person making the money and the person who looks after the home."

He added: "This approach, which is very different from most other countries, is part of what has led to London becoming the divorce capital of the world."

Lawyers say the payout awarded to Ms Akhmedova, who is in her 40s, is the biggest made by a divorce court judge in England.

Appeal judges Sir James Munby, Lord Justice Lewison and Lady Justice King are analysing issues in the case at a Court of Appeal hearing at the Royal Courts of Justice in London.

The hearing began on Wednesday.

A barrister leading Ms Akhmedova's legal team told appeal judges that Mr Akhmedov had yet to hand over "a penny".

Mr Justice Haddon-Cave said in his ruling that the couple had shared a home in Surrey.

Judges have heard that  Mr Akhmedov is in his 60s, comes from the Caucasus, and had worked as a London oil and gas trader before building up a fortune in the Russian energy business.

They have been told that Ms Akhmedova comes from eastern Europe but has been a British citizen since 2000.

Mr Justice Haddon-Cave said she had been a housewife and mother to the couple's now-adult sons.

Mr Akhmedov argued that he had made a "special contribution" to the generation of wealth.

It was concluded that both made "equal contributions".