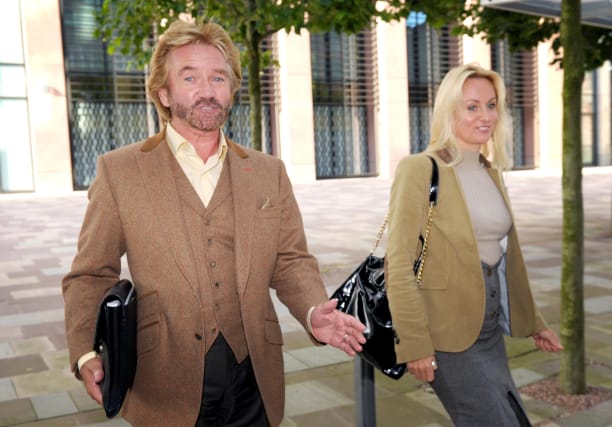 Television star Noel Edmonds has secured litigation funding to pursue Lloyds through the courts as he seeks up to £60 million in compensation from the banking giant.

The former Deal Or No Deal presenter is seeking financial redress from the lender after falling victim to fraud by former staff at HBOS Reading, which Lloyds rescued at the height of the financial crisis.

On Wednesday Mr Edmonds confirmed he had secured a "seven-figure" sum from specialist litigation funder Therium to bankroll his case.

"This is massively significant for me and for the victims of Lloyds' criminality," he told the Press Association.

"It is a firm endorsement of my case, Therium do not take on a case where they think there's a chance of losing."

Therium, which helps fund lawsuits and then takes a portion of the damages if successful, is also behind a class action lawsuit against car giant Volkswagen over the emissions scandal.

The deal the TV star struck with the group also means he is insured against any costs orders that might be made against him.

He is pursing Lloyds for damages for losses allegedly suffered when his former business Unique Group was destroyed because of the fraud.

Mr Edmonds added that after receiving a "derisory" compensation offer, he was left "with no alternative but to start legal proceedings".

Timothy Mayer, from Therium, said: "We fund legal actions on behalf of individuals, groups and companies which are meritorious and where the funding provides access to justice.

"This includes cases that would otherwise struggle to make it to court, given the costs of taking legal action, especially when going against one of the country's largest retail banks."

Mr Edmonds' solicitor Jonathan Coad, of Keystone Law, is preparing for the next steps in what he described as a "David vs Goliath" battle.

He added: "We can now start to prepare the proceedings in earnest.

"This will begin by an application to set aside the settlement agreement which concluded the bank's 2008 claim against Noel on his personal guarantee, which we say was obtained by fraud on the part of the bank.

"As well as the bank's fraud, we will also be relying on the overwhelming evidence of the deliberate concealment by Lloyds of its wrongdoing to defeat any limitation defence."

However, Mr Edmonds said he was still open to negotiation with Lloyds, insisting: "I don't want my day in court."

Lloyds has set aside £100 million for victims of the fraud at the hands of HBOS Reading staff between 2003 and 2007.

Corrupt financiers from the branch were jailed last year for the £245 million loans scam, which destroyed several businesses, and they squandered the profits on high-end prostitutes and luxury holidays.

Mr Edmonds has suggested that Lloyds chief executive Antonio Horta Osorio knew about the misdeeds of staff at HBOS.

Lloyds has rejected the basis of Mr Edmonds' claim.

The bank said: "We recognise Mr Edmonds suffered personal distress and inconvenience as a result of him interacting almost a decade ago with an ex-HBOS employee convicted ... in relation to criminal conduct at HBOS Reading Impaired Assets office.

"However, we strongly refute that this caused his business to collapse."