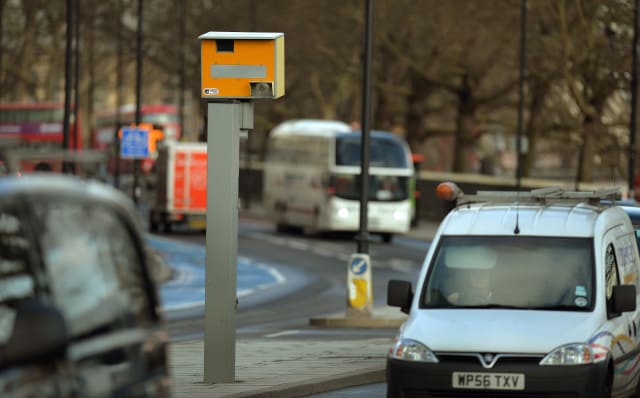 Proposals to penalise drivers who break the speed limit by 1mph will make drivers "paranoid" and encourage them to constantly check their speedometers, it has been claimed.

West Mercia Police Chief Constable Anthony Bangham is said to have called for an end to the 10% "buffer" over the limit, and said speeding awareness courses were being used too widely instead of penalty points and fines.

Current guidance suggests police forces should only issue penalties for drivers caught at 10% plus 2mph over the limit - 35mph in a 30mph zone, for example.

According to the Daily Mail Mr Bangham, the National Police Chiefs Council lead on road policing, said in a speech on Tuesday: "They should not come whinging to us about getting caught. If booked at 35 or 34 or 33 (in a 30mph zone) that cannot be unfair because they are breaking the law."

But AA president Edmund King said: "We need alert, safe drivers checking the road ahead and adhering to the limits rather than paranoid drivers forever checking the speedometer to check they are 1mph above or below the limit."

And RAC road safety spokesman Pete Williams said: "While speed is clearly a contributory factor in many road accidents and there is no question that drivers should obey the speed limit, it doesn't seem sensible to make motorists constantly look at their speedometers for fear of drifting 1mph above the limit."

But Rod King, founder of the 20's Plenty For Us group, which campaigns to set speed limits of 20mph in built-up areas: "Where society sets speed limits, you should abide by them.

"Where there's a buffer you have effectively changed the speed limit.

"Who would want to be driving illegally? Unless you want to be a criminal ... If you are going 35 in a 30mph zone, then you are breaking the law - that's it."

Figures from the RAC Foundation, a transport policy and research organisation unconnected with the breakdown provider, show that enforcement of speeding limits and punishment of offenders varies dramatically across the country.

The group found that punishment of speeders differs across the country.

In 2016, Nottinghamshire Police sent 1% of speeders on a speed awareness course, compared with 62% sent by Durham Police.

RAC Foundation director Steve Gooding said: "While Anthony Bangham's mission to make our roads safer is one we should all support, is stern and strict enforcement by itself going to get us there when, year on year, we see cuts in resourcing for roads policing and festering suspicion about the motive for deploying cameras?"

"The two million drivers caught speeding last year are unlikely to think the police have gone soft," he added.

A total of 1,710 people were killed on the roads in the year to June 2017, according to the latest statistics.

Last year, figures obtained by the Press Association showed that only about half of fixed speed cameras in the UK were actually switched on and catching offenders.

Data released by 36 of the 45 police forces in the UK revealed that four have no fixed speed cameras at all and 13 have fewer than half actively catching speeding drivers.